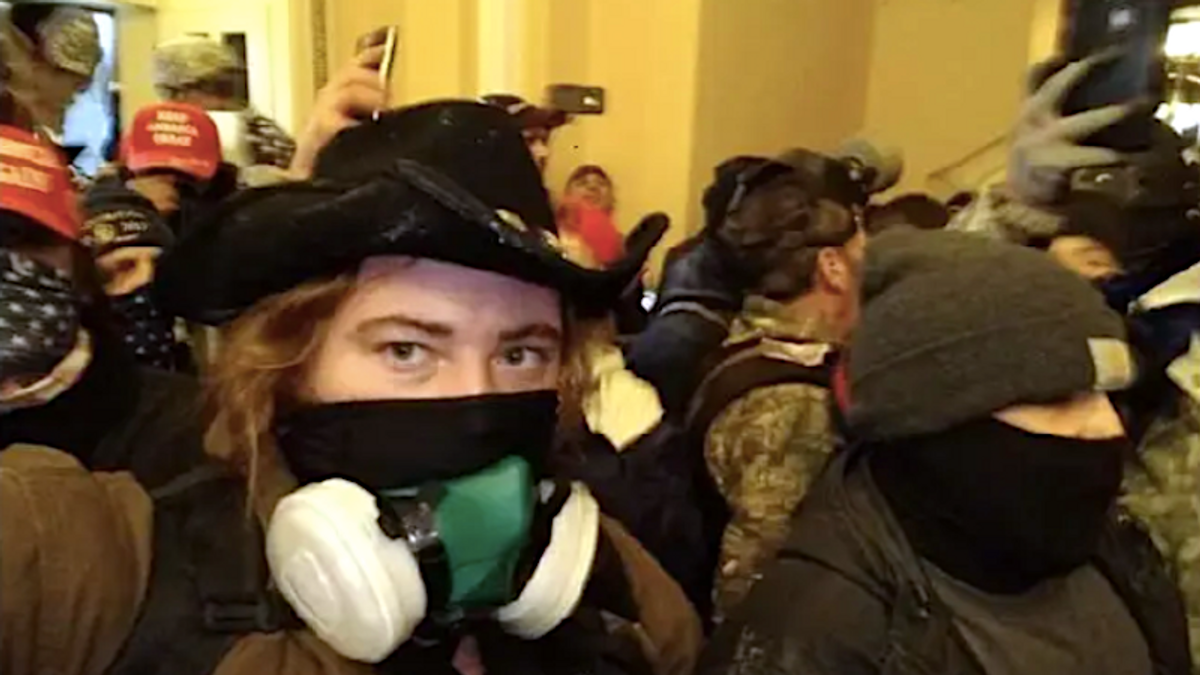 "I am sorry for everything that happened that day and all the vitriol and division it's caused within our country," Hatley told Judge Thomas Hogan on July 20. "I feel that it has put us on a bad road that doesn't lead to anything good for anyone."

The Newberry man wore a cowboy hat and gas mask when he joined other Donald Trump supporters as they stormed the Capitol intending to stop the certification of Joe Biden's election win, and he stopped for a selfie in front of the South Carolina senator's statue.

The slave-owning senator vigorously defended slavery as a "positive good" in an explicitly white supremacist 1837 speech on the Senate floor, and his nullification theory held that states had the right to reject federal policies they deemed unconstitutional -- and helped spark an 1832 crisis that nearly sparked a civil war.

Hatley agreed to pay $500 in restitution, but a judge will decide whether he must serve all six months in jail as outlined by federal sentencing guidelines.