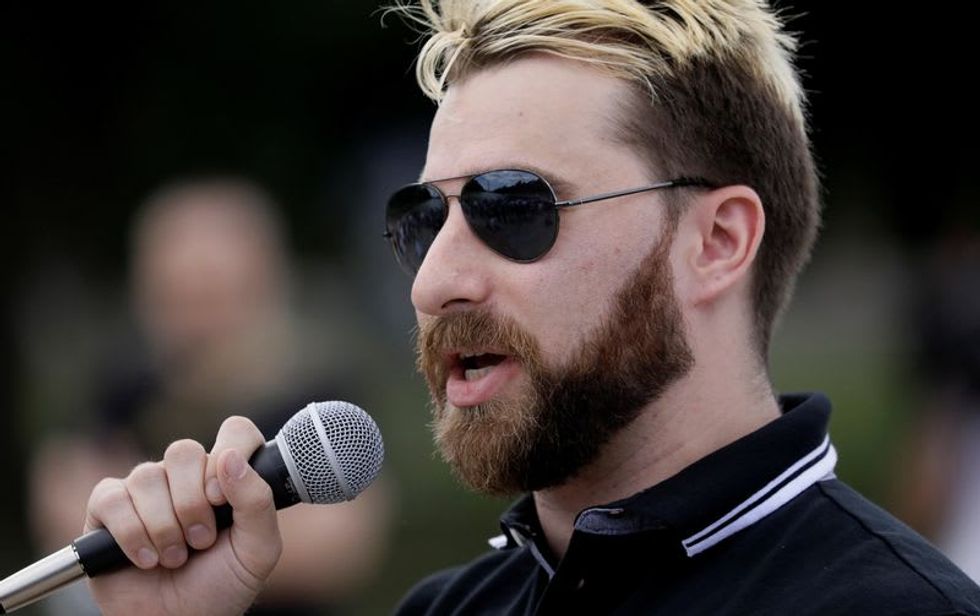 WASHINGTON (Reuters) - The far-right media personality known as "Baked Alaska" pleaded guilty in federal court on Friday to a single misdemeanor charge stemming from his role in the Jan. 6 storming of the U.S. Capitol by supporters of then-President Donald Trump.

Anthime "Tim" Gionet, 34, also admitted in an "statement of offense" filed with his guilty plea in U.S. District Court for the District of Columbia to being part of the mob that entered the Capitol without authorization and occupied the building for hours.

The riot left more than 140 police officers injured and disrupted congressional certification of the November 2020 presidential election victory of Democrat Joe Biden over Trump, who led Republicans in falsely claiming he lost due to widespread fraud and urged supporters to "stop the steal." The attack on the Capitol also led to several deaths.

Gionet, a banned YouTube prankster and former BuzzFeed social media strategist calling himself Baked Alaska, pleaded guilty to one count of unlawfully "parading, demonstrating or picketing in a Capitol building."

The misdemeanor offense carries a maximum sentence of six months in prison and a fine up to $5,000. Sentencing was set for Jan. 12. He remains free on personal recognizance.

In his statement, Gionet acknowledged egging on other rioters to "come in" and "make yourself at home," as well as livestreaming the event for 27 minutes in real time over the video platform DLive and joining in various chants.

Gionet also filmed himself pretending to make a call from a Senate conference room and propped his feet up on a table in another Senate office, admonishing others "not to break anything," before eventually being ushered to an exit by law enforcement whom he cursed as "oath-breakers," the statement said.

More than 850 people have been charged with taking part in the Jan. 6 riot, with more than 325 guilty pleas so far.

As part of his plea deal with federal prosecutors, Gionet agreed to allow federal agents still investigating the events of Jan. 6 to interview him and review his social media accounts for statements and postings surrounding that day.

(Reporting by Kaniskah Singh in Washington; Writing and additional reporting by Steve Gorman in Los Angeles; Editing by Sam Holmes)