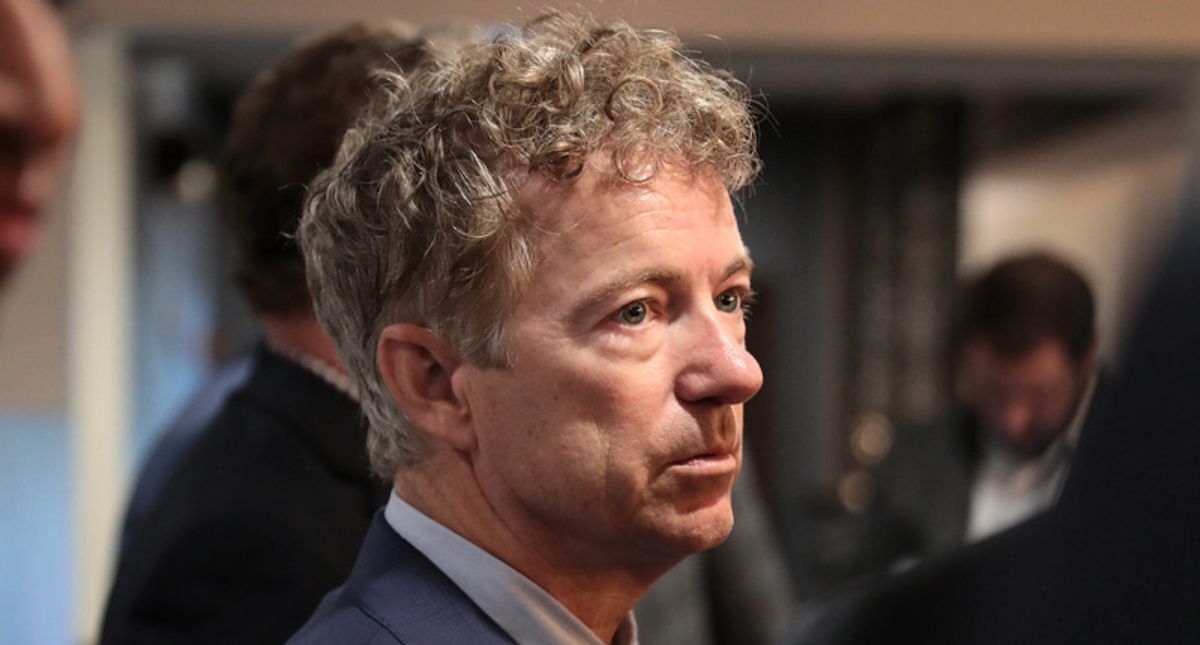 Dr. Anthony Fauci appeared before Congress for another coronavirus hearing, and few were surprised that Sen. Rand Paul (R-KY) tried to tangle with the esteemed immunologist.

The Kentucky Republican, himself an ophthalmologist, challenges Fauci nearly every time he updates Senate committees on the pandemic and then gets fact-checked by the physician.

"The SARS virus had a 15-precent mortality rate and we are fighting a pandemic that has about a 1-percent mortality [rate]," Paul said in Tuesday's exchange. "Can you imagine if a SARS virus that has been juiced up and had viral proteins added to it, if that were released accidentally? Do still support funding of the NIH funding of the lab in Wuhan?"

Fauci quickly corrected the senator, saying his assertions weren't based in fact.

Many observers indicated they were sick of Paul, who later tried to clean up the mess on Twitter, and his antics.