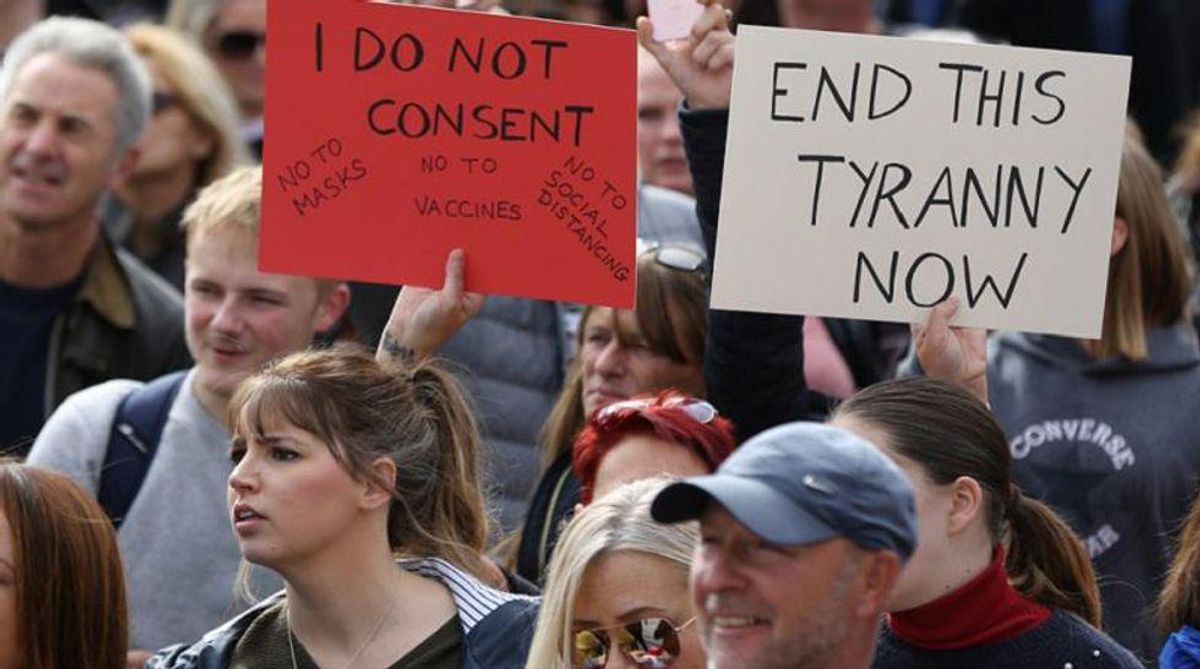 On Monday, The Kansas City Star reported that the Johnson County Democratic Party has been terrorized by anti-mask protesters in recent weeks, including one who demanded they be put to death for treason — and the police have increasingly gotten involved.

"The latest incident was on Thursday, according to Anne Pritchett, president of Johnson County Democratic Women," said the report. "John Lacy, a spokesman for the Overland Park Police Department, said in an email that 'Officers did make contact with a male who entered the office using foul language toward the staff. Prior to the male's arrival he called the office upset about 'wearing a mask' and 'vaccinations' and was seeking information regarding obtaining a job.'"

"During an earlier phone call, and again at the office, Pritchett said, the man ranted about Afghanistan and vaccines. No arrest was made, and mental illness may have been involved," said the report. "But Pritchett said another threat came from a recent caller who said Democrats should be 'tried for treason and executed on the Capitol steps.' Others have been similarly menacing. 'We are concerned,' she said. 'We want more than anything to see cooler heads prevail as we head into the November elections.'"

As the Delta variant has continued to rage across the country, businesses and local governments have moved to bring back mask mandates and, in some cases, require vaccinations.

This has put them in conflict with anti-mask activists, as well as Republican politicians like some Kansas legislators who have spread falsehoods about COVID-19. Even some Republicans have been targeted, with the GOP mayor of Dodge City resigning after anti-maskers targeted her with death threats.