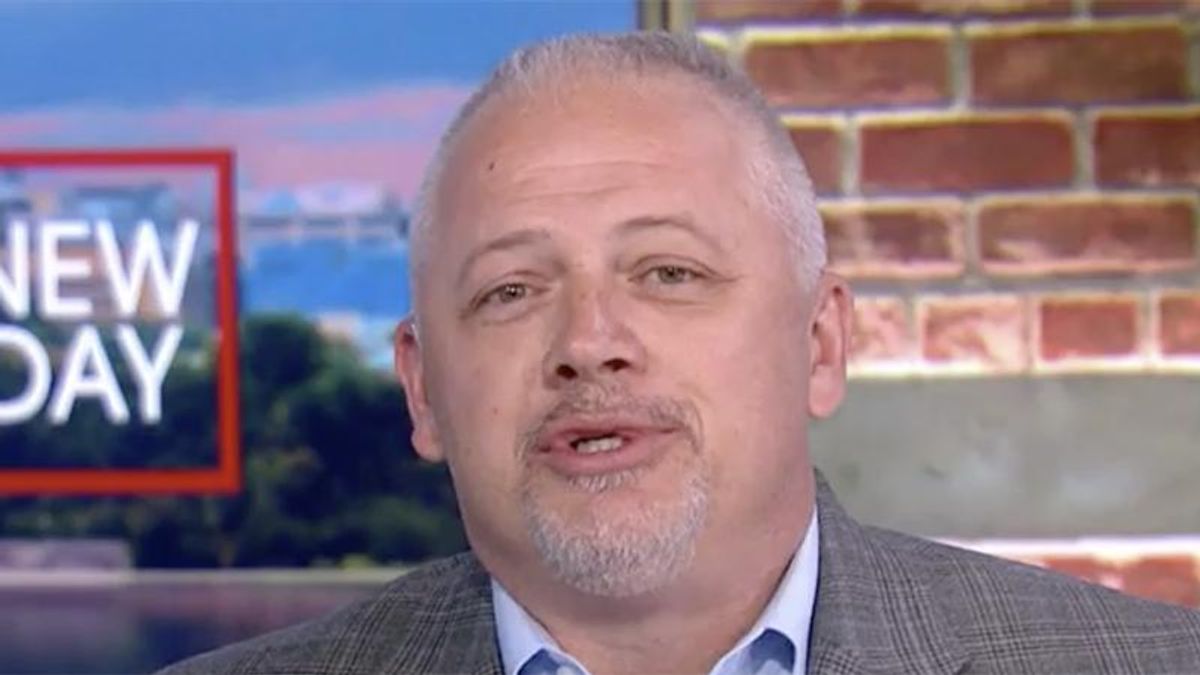 Speaking with "New Day" hosts John Berman and Brianna Keilar, the former lawmaker -- who also spent time working with the NSA -- said he has been tracking comments by Republicans and watching the spread of social media platforms like Facebook.

"You told me that everything we just laid out there, particularly the false FBI stuff is akin to September 11th trutherism, just as dangerous but they're effective," host Berman began.

"It is very effective," the ex-GOP lawmaker replied. "I deployed to 911. we saw a lot of the 9/11 trutherism type of theories come out and when I saw the FBI thing from Tucker Carlson and DHS is now starting to be mentioned with the FBI and some of these conspiracy theories, it's out of the same playbook, that there's some kind of internal thing going on with the government, so obviously this isn't real. This is going out to the American people and specific groups and in this case they're going after MAGA."

"I did a search," he continued. "People say legitimate questions, we have to find out, when you see these types of things on Facebook and you do these searches -- this should scare the hell out of people. I think it will be used for 2022 and for fund-raising."

"What do Fox entertainers, some members of Congress, what do they get out of spreading this crap?" Berman pressed.

"You win your primary," Riggleman explained. "When you look at fund-raising and poll raising, you look across the spectrum, you see Marjorie Taylor Greene raising $3.2 million. It's even people in my district, they're automatically saying there are legitimate questions here, we have to answer these questions: 'was the FBI involved?" the base is believing this and you think that's how you win an election? the truth doesn't matter. that's why I've been screaming facts have to matter."

"This is very difficult because once it becomes a battle between good and evil, it's going to be almost apocalyptic," he added.