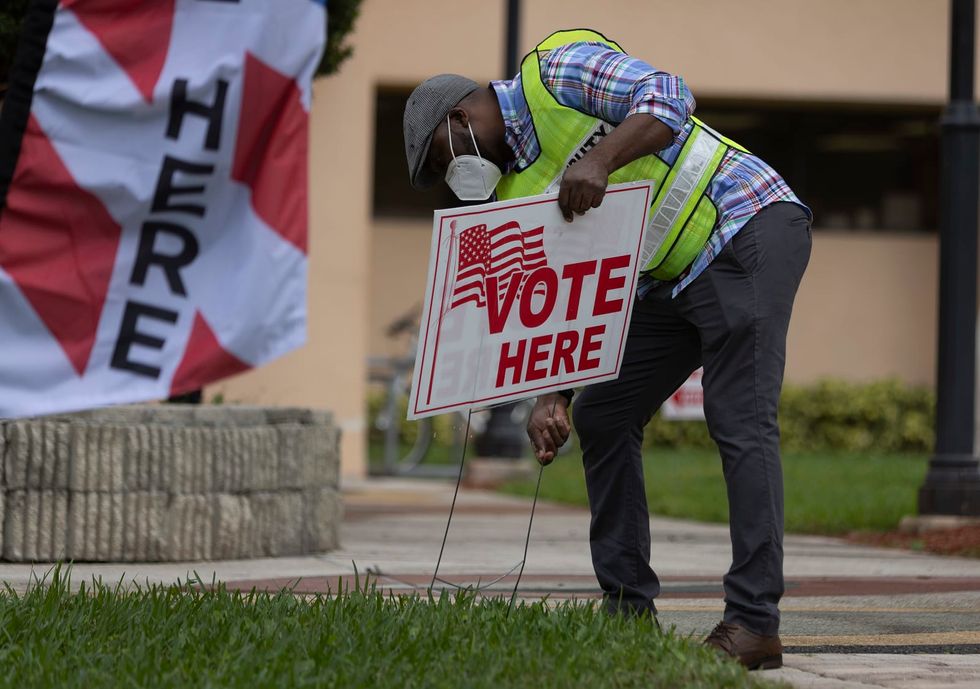 A Poll Deputy fixes a "Vote Here" sign set up outside of a polling station during the Congressional district 20 elections on Jan. 11, 2022, in Lauderhill, Florida. - Joe Raedle/Getty Images North America/TNS

A federal appeals court on Friday overruled a judge who struck down much of Florida’s controversial 2021 election law, allowing the provisions to go into effect while a lawsuit makes its way through the courts. Judge Mark Walker had ruled in March that the Legislature intentionally discriminated against Black voters in drafting the law and ordered the state not to make any future changes to those provisions without his court’s approval. But three judges on the Eleventh Circuit Court of Appeals, all appointed by former President Donald Trump, granted the state’s request to appeal and overturn W...