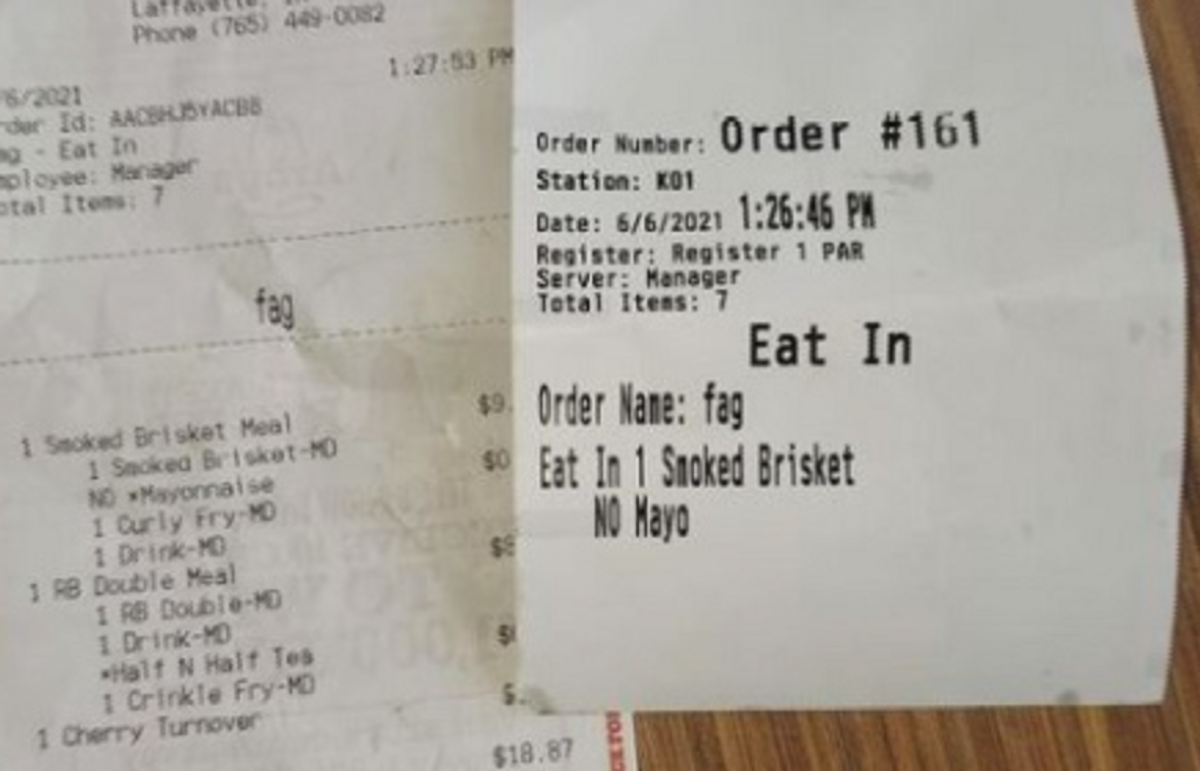 An Indiana man who was employed at Arby's is without a job after he allegedly wrote a homophobic slur on a receipt for two male customers, WLFI reports.

An image of the receipt was posted to Facebook by one of the men, which shows the anti-gay slur "f**" next to where the name for the order was supposed to be written.

"I was shocked, just because the kid seem like he was new on the job and he was really nice," said John Burns, who was at Arby's with his partner, Craig Gray.

According to President for Pride Lafayette, Ashley Smith, the incident highlights a bigger issue.

"What did this person think when he did this, he or she. Did they feel like they got fired because they got in trouble or got told on by some customers. Do they realize the gravity of what they did," Smith said, adding that allies of the LGBT community "should stand up if they see something happening."

"You stand up and you say this is not ok. What else can be done, in the moment, if you see this happen you can't just ignore it."