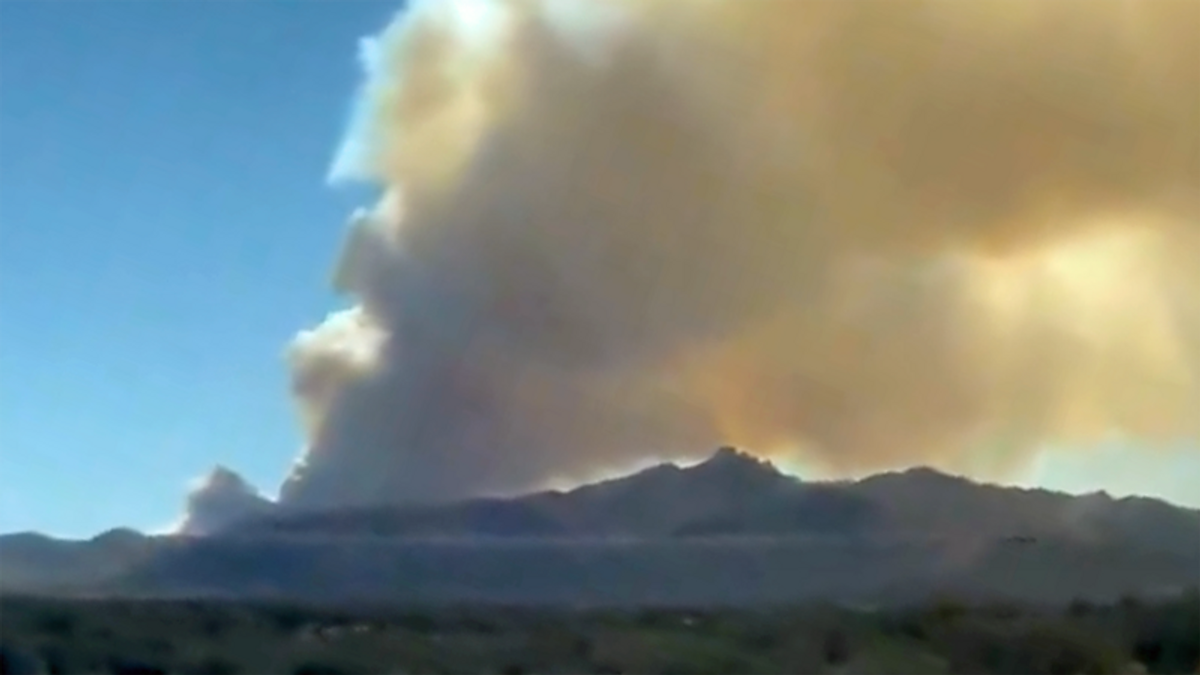 Authorities in Arizona have issued an evacuation order after a forest fire ignited.

" The Flag Fire was reported on Sunday, April 25, 2021 around 2pm. The fire originated between the Flag Mine and Wild Cow Campground in the Hualapai Mountains, south of Kingman, Arizona," InciWeb reported. "The Mohave County Sheriff is over seeing evacuations and has issues a "Go" Evacuation Order for Hualapai Mountain Park, Lodge, and the Pine Lake Community. Please use Hualapai Mountain Rd. and be aware of public safety vehicles responding to the area."

Video from the scene shows a large smoke plume.