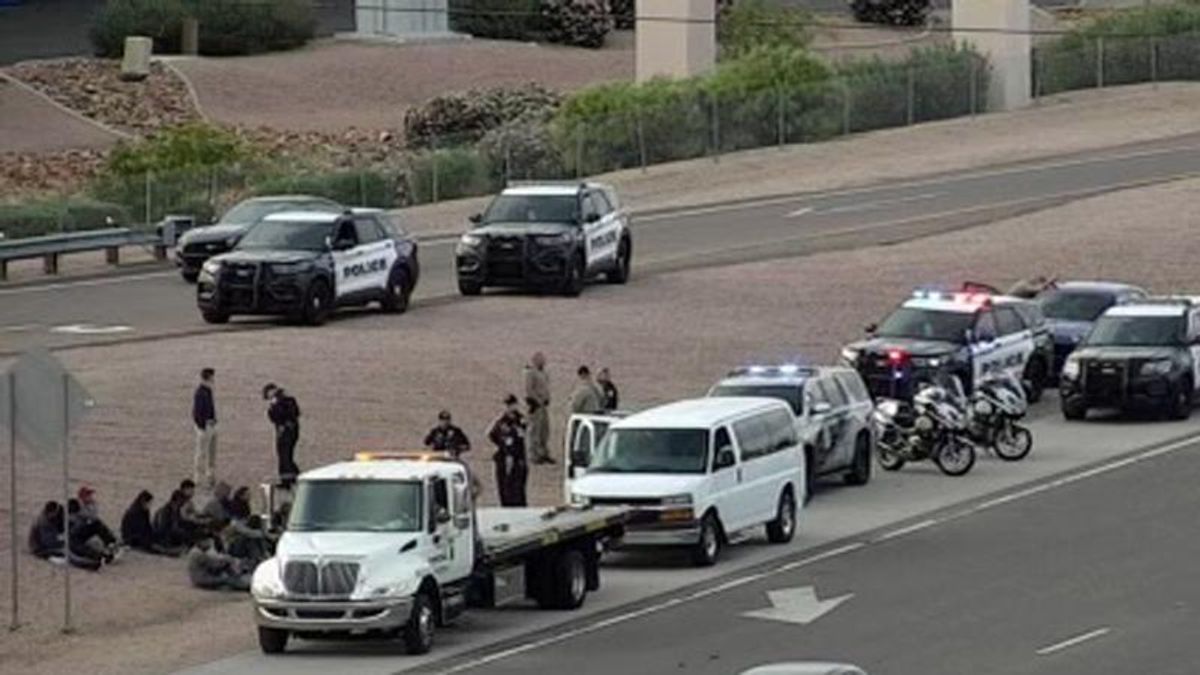 However, the Arizona Mirror obtained a copy of the incident report that shows the trooper was focused on the smell of the individuals after stopping the van for driving 5 miles below the speed limit and not making eye contact.

"I exited my patrol car and approached the side of the van," wrote Sergeant Travis Smith in the incident report. "The passenger window was rolled down and I immediately smelled an odor that was consistent with smuggling of illegal aliens from past experiences. Once I was at the passenger window, I noticed numerous persons in the van and the driver looked scared."

"That sounds racist to me. I don't know how somebody smells like an immigrant," she said.

Bart Graves, a spokesperson for the department, said the sergeant who initiated the stop has 20 years of experience.

"The Department does not consider the 'odor that's consistent with smuggling of illegal aliens' as an acceptable factor to establish reasonable suspicion that a person is a noncitizen and unlawfully present in the United States," Graves said in an email. "The Department acknowledges that the information in Sergeant Smith's report should have been better articulated."

Here's how the department initially described the stop: