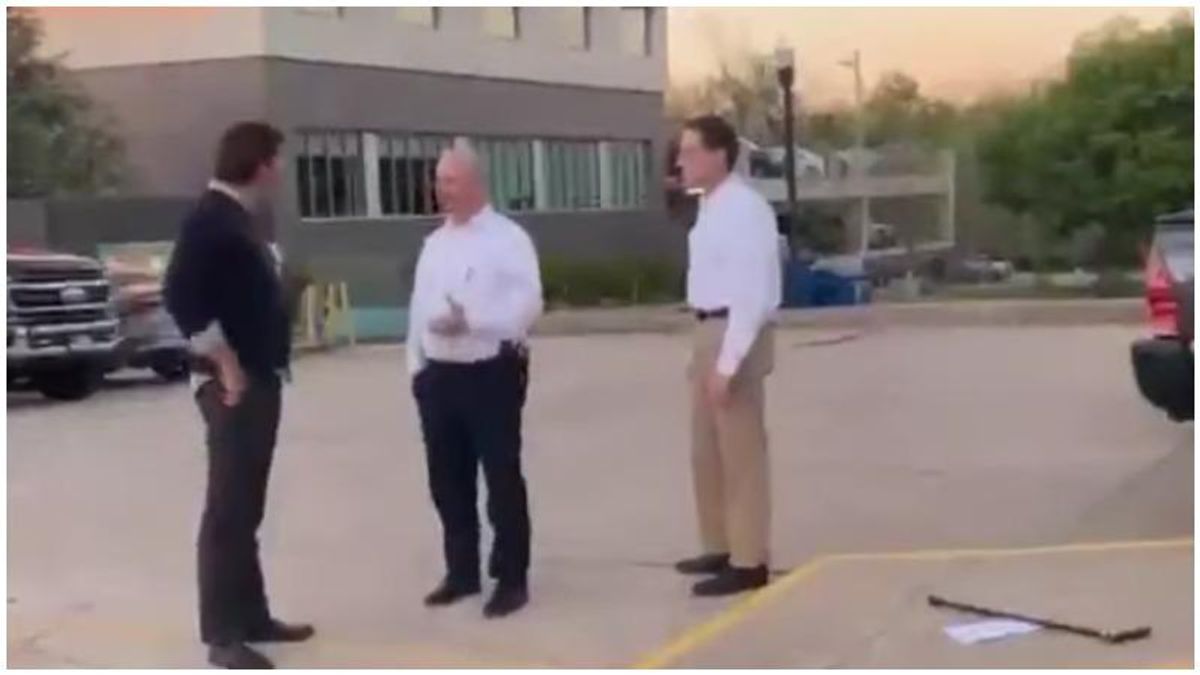 An Arkansas circuit court judge is under investigation after a confrontation between him and a former lawmaker over a parking spot was caught on video, 5 News reports.

In the video, Benton County Circuit Judge Brad Karren can be seen throwing his cane to the ground as he confronts former Arkansas Speaker of the House Davy Carter. According to Carter, the argument started when his son mistakenly parked in Karren's sparking space in a government-owned parking lot, prompting Karren to repeatedly berate his family members.

"I walked out and saw a very angry man with a gun on his hip and a cane berating my son and wife because my son parked in 'his' parking spot," Carter tweeted. "It was beyond berating, and, like any dad or husband, immediately caught my attention."

"My son and wife repeatedly apologized to him and my son unsuccessfully tried to explain to him that he thought, per the signs, that after 5:00 pm anyone could park there. They were both met with rabid fury and anger," Carter said, adding that Karren had a gun strapped to his hip the entire time.

This Monday, the Arkansas Judicial Discipline and Disability Commission said the matter is under investigation.

"There are certain cases where we do intervene, and our panel would determine where the activity or the actions by a judge violates the code of judicial conduct," Judicial Discipline and Disability Commission Executive Director David Sachar said.

Watch a report on the story below from 5 News: