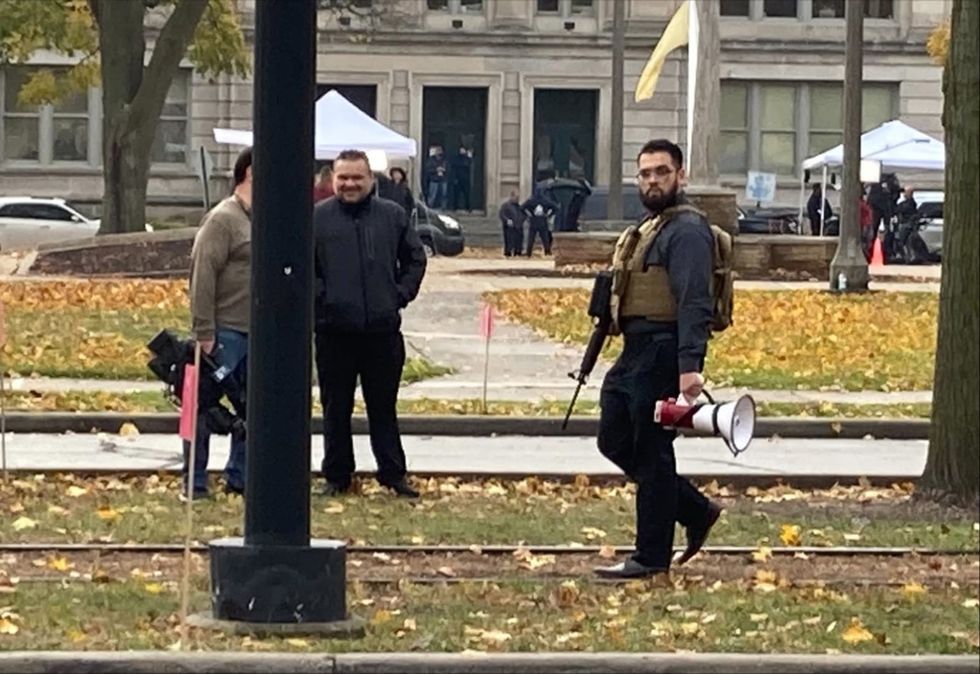 A demonstrator, who would only give his name as "Maserati Mike‚" walks with a rifle and a bullhorn outside the Kenosha County Courthouse protesting against Black Lives Matter on Wednesday, Nov. 17, 2021. - John Keilman/Chicago Tribune/TNS

KENOSHA, WIS. — With an armed protester standing outside the courthouse, jurors in the Kyle Rittenhouse trial began their second day of deliberations Wednesday. The panel — consisting of seven women and five men — spent more than eight hours deliberating Tuesday without reaching a verdict. Jurors offered few insights into their Day One discussions, sending only two notes asking for copies of jury instructions. While the predominantly white jury debated the very specific legal question at the heart of the teen’s self-defense case, protesters outside the courthouse have been arguing over the bro...