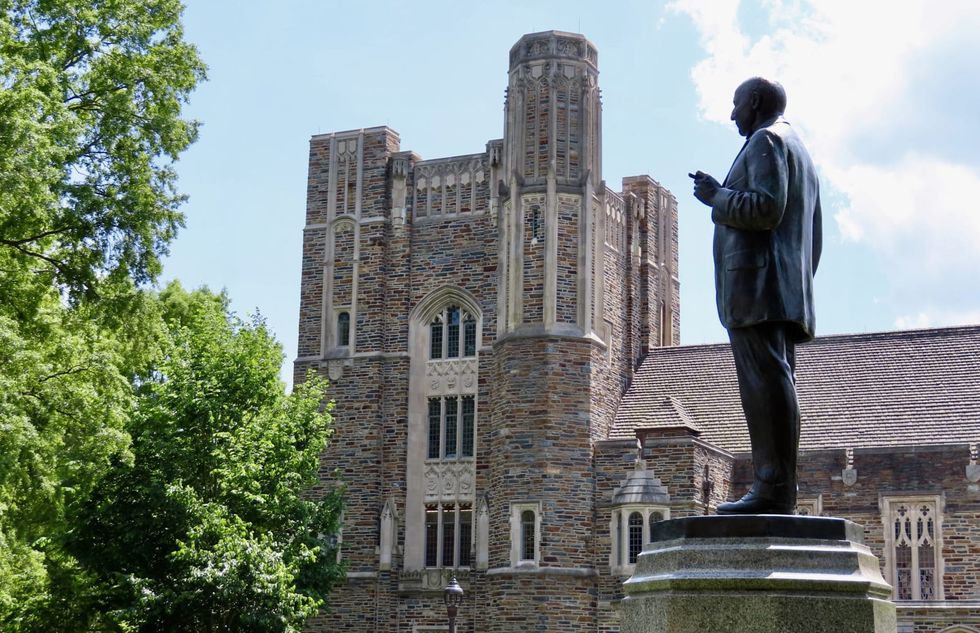 A view of the Duke University campus. - Jim Lawrence/Dreamstime/TNS

Duke University says it is “concerned” and will investigate a student’s graduation speech from Sunday, which closely mirrors a commencement address given at Harvard University in 2014. The similarities, first pointed out in the Duke Chronicle, are shown through side-by-side comparisons and a YouTube video that highlights the similar passages. “We are aware of and concerned about these allegations and have initiated a process to understand the facts of the situation,” said Michael Schoenfeld, vice president for public affairs and government relations. “Duke University expects all students to ab...