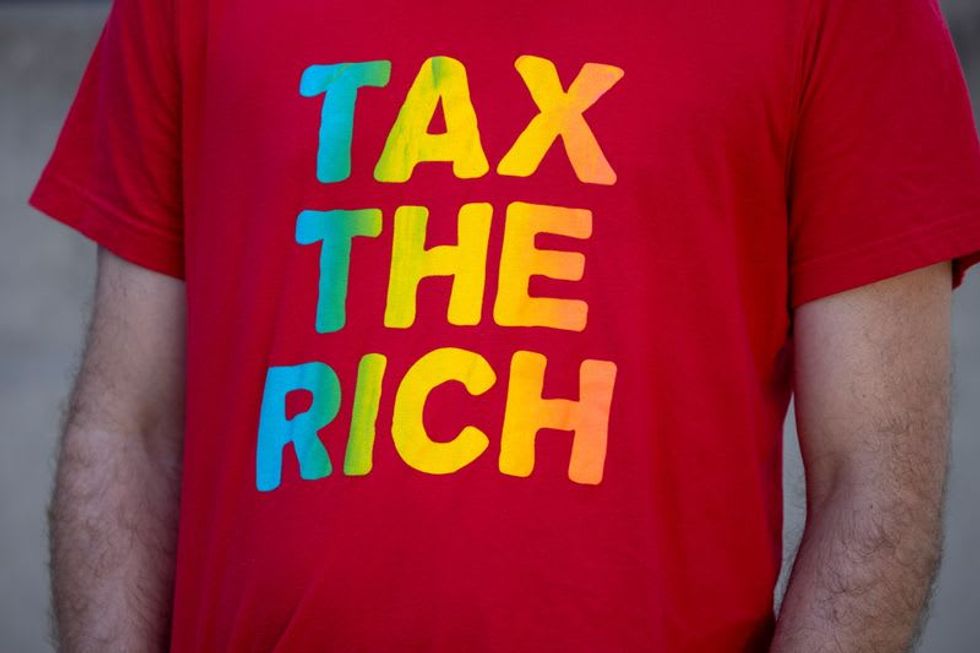 NEW YORK (Reuters) - As Congress looks to advance its $1.75 trillion spending package this week, wealthy individuals are already planning ways to avoid paying for it.

Lawmakers are expected to vote on Democrats' social spending bill in the U.S. House of Representatives this week, laying the groundwork for the Senate to take it up.

While the White House says the new surtax could generate $230 billion to pay for the spending bill, experts and bankers say that many individuals will find ways to avoid it and that it will raise less than an earlier proposal for a billionaires tax.

"Even though on paper the bill looks like it increases sharply the taxes on ultra-millionaires, in reality it's not going to have as much bite," said Emmanuel Saez, professor of economics at the University of California at Berkeley.

Despite that, Musk sought to get ahead of any future Democratic plans to hike taxes by selling https://www.reuters.com/business/musks-5-billion-tesla-stock-haul-has-charity-circuit-buzzing-2021-11-12 $6.9 billion in Tesla Inc stock last week.

The exact details of the bill that the House will vote on are not yet known. Bankers, lawyers and academics expect it to include the White House's proposal for the up-to-8% surtax, but not the billionaires tax.

The surtax is straightforward for wealthy taxpayers to plan around, said Alvina Lo, chief wealth planner at Wilmington Trust.

"The goal is to get your modified adjusted gross income below the threshold and the tax does not apply," Lo said.

The billionaires tax, in contrast, "would have been very difficult to avoid," said Comerica Bank's national director of wealth planning, Lisa Featherngill.

"If you have a billion in assets, getting to $500 million is not easy," Featherngill said.

Some wealthy people are looking to bring their personal income below the $10 million threshold for 2022 by shifting earnings they receive through so-called S corporations or pass through tax structures to C corporations.

S corporations are popular with Wall Street investors and owners of private equity firms and hedge funds. That is because the structure allows them to declare their earnings from the business as personal income - avoiding the additional layer of corporate income tax.

In the proposed bill, S corps are taxed at a top rate of 48.8% at the federal level, and at over a 60% rate in California and New York when adding state income taxes.

By switching their S corporation tax structures to a C corporation, wealthy individuals should be able to keep their annual personal income below the $10 million threshold – although the downside is those earnings must be retained in the business, where they will pay a corporate tax of 21%.

Wealthy individuals are also selling stock this year before the surtax takes effect and planning to spread out future stock sales over several years to avoid hitting the $10 million-surtax threshold, bankers say.

Individuals will still pay capital gains and investment income taxes totaling up to 23.8%, but that is less than the 31.8% tax the highest income earners could pay next year overall if the spending bill is passed, Lo said.

It is not clear if Democratic lawmakers are aware of the potential loopholes.

Frank Clemente, executive director of Americans for Tax Fairness, said the tax surcharge was a "big improvement," but not enough.

"The millionaires surtax does not fix the problem of unrealized capital gains," he said. "The billionaires income tax, on the other hand, would solve the scandal of tax-free billionaires."