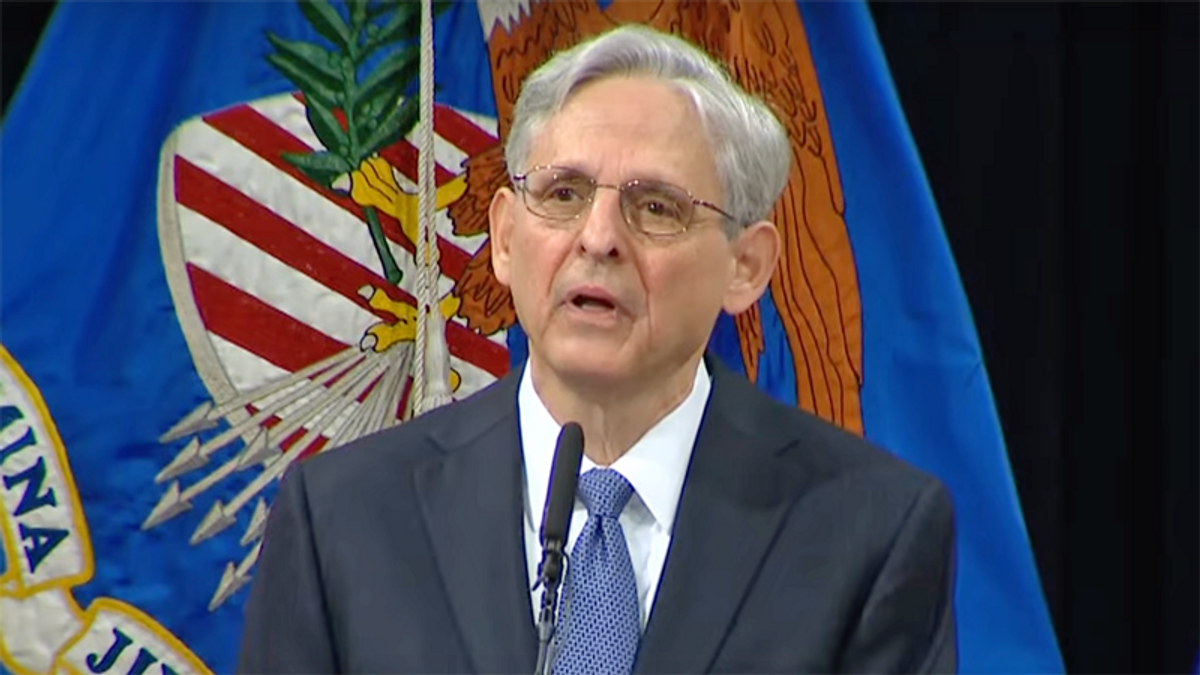 The fatal January 6th insurrection by supporters of Donald Trump seeking to overturn the 2020 election results is the focus of attention at Joe Biden's Department of Justice.

"Attorney General Merrick Garland moved shortly after his swearing-in Thursday to summon the FBI director and national security officials to brief him on the extensive investigation into the Jan. 6 pro-Trump riot at the U.S. Capitol, which he has called his top priority," The Wall Street Journal reported Thursday evening.

"Mr. Garland gave up his seat on the nation's second-most powerful court, the District of Columbia Circuit, to return to the Justice Department, where he worked in the 1990s as a top prosecutor and senior official overseeing investigations into domestic extremist threats. His work included leading the department's prosecution of Timothy McVeigh, who was executed for bombing the Murrah Federal Building in Oklahoma City," the newspaper explained. "He has described that period, and that pursuit, as a core element of his legal career and one he is set to again embrace."

"Less than an hour after his short speech Thursday, Mr. Garland went behind closed doors with Federal Bureau of Investigation Director Christopher Wray and other national security officials for a briefing on the riot investigation," The Journal reported. "Later Thursday he visited the U.S. attorney's office for the District of Columbia, where he praised prosecutors for their work on the probe being led by that office. More than 300 people have been charged with federal crimes ranging from trespassing to assault and conspiracy in connection with the Jan. 6 attack by supporters of Mr. Trump who sought to prevent Congress from certifying Mr. Biden's election victory."