Sitting at a workbench in the shop where he repairs leather goods and sells cowboy hats and Confederate flags, Paul Coffey says he doesn't believe official results and remains convinced Donald Trump beat Joe Biden in Georgia in the presidential election.

Like many Republicans, the affable retired air traffic controller has little faith in the southern state's electoral system after Trump repeatedly made unfounded and debunked claims of widespread voter fraud there and across the country.

Trump "won Georgia -- if it were legal. I think it was a lot of out-of-state people coming and voting in Georgia," Coffey, 84, told AFP on Monday, the eve of two crucial run-off elections for the US Senate, where control of the chamber will be decided.

Joe Biden carried Georgia by nearly 12,000 votes and Trump's attempts to challenge the tally have failed.

The president sparked outrage Sunday after a recording emerged of him pressuring Georgia officials to overturn his election loss.

Like other Republicans in Dalton, a rural city in Georgia where Trump was due to hold a rally later Monday, Coffey said it was crucial for people to vote -- even if they don't trust the election system.

Cammie Slaughter, 38, a stay-at-home mom who sometimes helps Coffey at the shop on Dalton's main street, echoed his mistrust but said: "You gotta try" nonetheless.

She said she had early voted Republican.

Home to a redbrick distillery and not far from Tennessee, Dalton is a conservative stronghold.

The stakes in Tuesday's elections could hardly be higher: If Republican incumbent Senators David Perdue and Kelly Loeffler hold their seats, the Republican party will maintain control of the Senate and work to thwart President-elect Biden's agenda.

If Democratic challengers Jon Ossoff and Raphael Warnock win what are expected to be very tight races, Biden's party will control of both the Senate and the House of Representatives.

But in Dalton at least, motivation seemed high.

"I came to support the Republican Party, because of all the election fraud that's going on and just try to ... keep the Democrats out," said Connie Stephens, 53, who came with her family to listen to Kelly Loeffler in the small town of Cartersville, an hour south of Dalton.

She said she would vote in person on Tuesday, and did not trust early voting.

Republican electoral officials in Georgia have repeatedly confirmed Biden's win, which saw him take the state by nearly 12,000 votes.

Ballots have been counted and recounted and the courts have rejected each of the Trump camp's legal challenges.

No matter. For the Trump faithful, the Republican elections officials are corrupt.

"The fraud is obvious, there's reams of evidence," claimed Kimberly Hauri, a 50-year-old accountant who had traveled to Dalton from Atlanta to see Trump.

"There is proof, it's just nobody's paying attention, we've got corrupt leaders in Georgia."

Still, despite her belief of "fraud" in the system, Hauri said she would be voting Republican on Tuesday, as she has done since she was 18.

"Because I believe in freedom, and I don't believe in socialism," she said, adding that she did not think Trump should leave the White House, because "he won."

Trump’s disgusting behavior is more than just a coup – he’s building up his fascistic cult: biographer 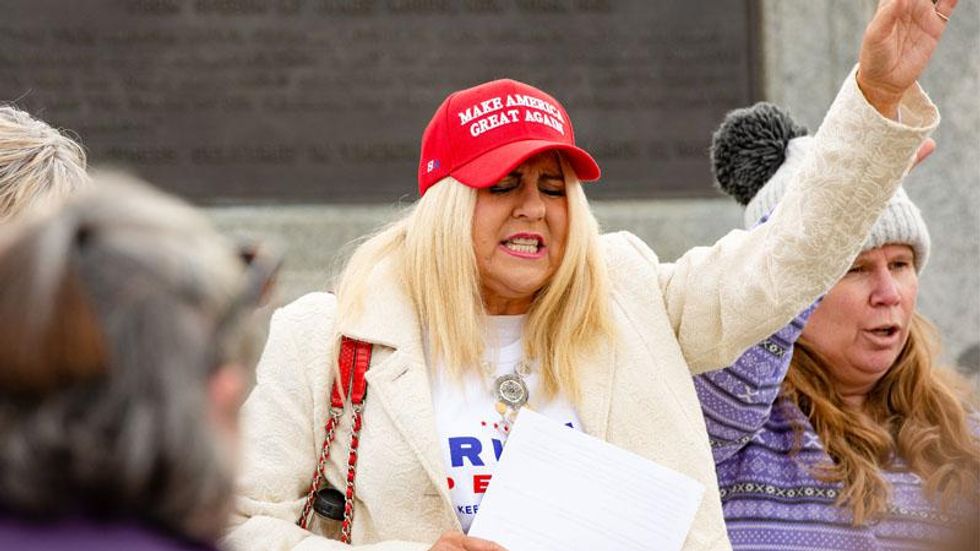 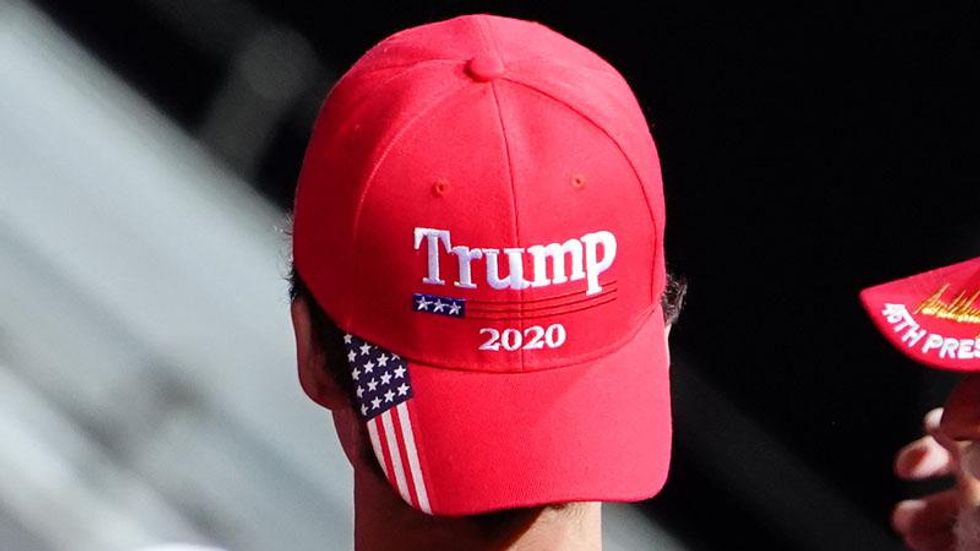 'Going to get ugly': Trump supporter uses his work email to threaten ‘mass execution of public officials’ A Trump supporter at a rally in Mosinee, Wisconsin. (Shutterstock.com)
2020 Election
Report typos and corrections to: corrections@rawstory.com.
Like this article ? Text `Support` to 50123 to donate.
READ COMMENTS - JOIN THE DISCUSSION