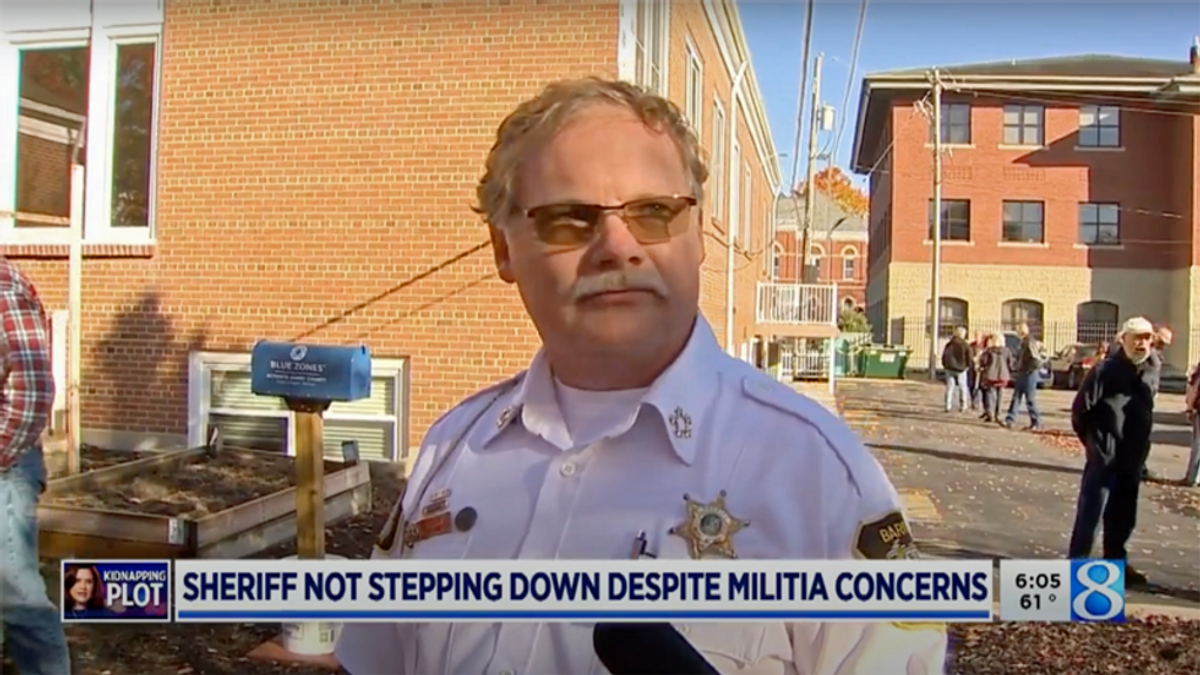 A Michigan man who tried to recall militia-linked Barry County Sheriff Dar Leaf has now withdrawn his efforts after being inundated with death threats.

Local news station WOOD TV reports that the man, whom the station is keeping anonymous due to threats he's facing, sent a letter to Michigan Gov. Gretchen Whitmer seeking to withdraw his recall petition against Leaf.

"I still stand by what I stated and can document it all, but it's proven to be too dangerous to follow through with it," the man's email said. "I have received death threats not only for myself but for my family. If it were just me, I would handle it, but I cannot in good conscience put my family in danger. Sorry for this, but I find it necessary."

Leaf drew widespread criticism last year when he made a public appearance with the Michigan Liberty Militia and after admitting that he knew some of the men who allegedly plotted to kidnap Whitmer.

Leaf has also been pushing "voter fraud" conspiracy theories and has unsuccessfully used his office to try to overturn President Joe Biden's 2020 win in Michigan.