Bezos to hand over Amazon CEO reins on July 5 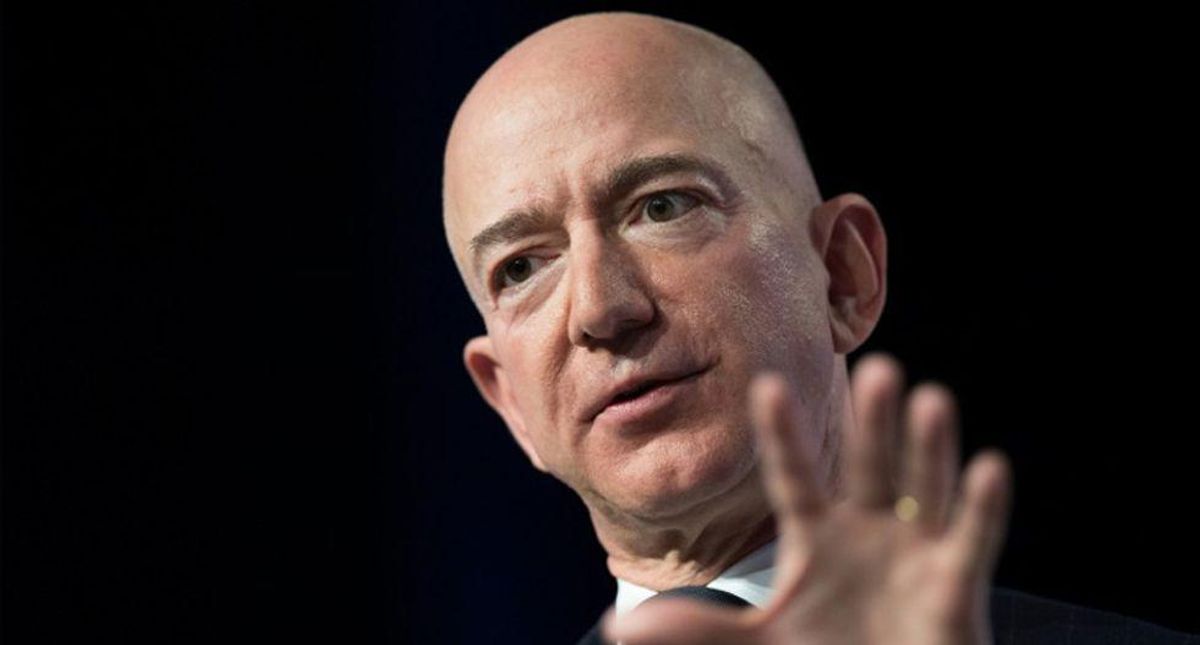 Amazon founder Jeff Bezos said Wednesday that he will hand over operational control to his successor on July 5, leaving as the e-commerce giant flexes its muscles in television and cloud.

Bezos is ceding his chief executive role to Andy Jassy, who heads Amazon Web Services, the lucrative cloud computing unit at the Seattle-based company. Bezos will take the role of executive chair.

Bezos announced his departure date at an annual shareholders meeting, saying it has "sentimental" value to him because it will be the 27th anniversary of Amazon officially becoming a corporation.

Bezos assured investors that Jassy is well known in the company, having been at Amazon almost as long as Bezos.

"He is going to be an exceptional leader, and he has all my confidence," Bezos said of Jassy.

"I guarantee you, he won't let the universe make us normal."

The executive transition comes with Amazon having attained tremendous power online commerce as well as cloud computing, where it competes with Google and Microsoft.

Amazon has been among technology firms that have flourished as the pandemic accelerated a trend of using the internet for work, play and education.

The company's dominance in online commerce has also put it in the crosshairs of critics and regulators worried it may be abusing its power.

Amazon on Wednesday announced a deal to buy the storied MGM studios for $8.45 billion, the US tech giant a vast content library to further its ambitions in streaming.

The move comes with Amazon experiencing surging growth in online retail and cloud computing, while making a push into entertainment as more consumers turn to streaming media.

However the deal could increase scrutiny for Amazon, one of the Big Tech firms gaining unprecedented economic power in recent years and in the crosshairs of antitrust enforcers around the world.

With millions of people across the United States facing lapsed eviction moratoria, joblessness, and expired unemployment benefits as the coronavirus pandemic drags on, U.S. Rep. Cori Bush and Sen. Elizabeth Warren on Tuesday unveiled a bill to help keep renters in their homes.

The pair led dozens of lawmakers in introducing the Keeping Renters Safe Act of 2021 (pdf), which would clarify that the head of the Department of Health and Human Services (HHS) has the statutory authority to implement an eviction moratorium in the interest of public health, and call on him to do so in response to the current emergency.

Los Angeles is finally getting a museum for movies -- and it's about time, said Tom Hanks, as he welcomed journalists to a special pre-opening event Tuesday.

The world capital of filmmaking and home of Hollywood boasts museums for everything from natural history to selfies, but until now has never had one dedicated to the silver screen.

Brazil's Health Minister Marcelo Queiroga tested positive for Covid-19 Tuesday after attending the UN General Assembly in New York that was inaugurated by his president, Jair Bolsonaro, according to an official statement.

"The other members of the delegation have been tested and are negative," said the official Brazilian government press release.