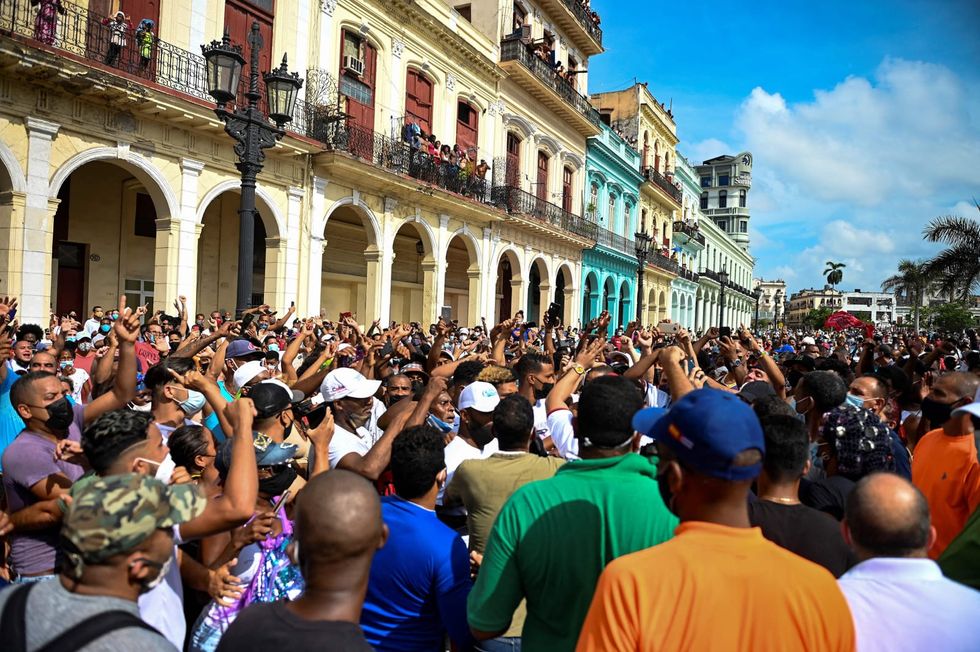 People take part in a demonstration against the government of Cuban President Miguel Diaz-Canel in Havana, on July 11, 2021. - YAMIL LAGE/AFP/Getty Images North America/TNS

The Biden administration banned five Cuban judges from entering the United States over their involvement in “unfair trials” of anti-government protesters who took to the streets on July 11 last year, the State Department said Friday. “We took steps to suspend entry into the United States of five Cuban judges,” a State Department spokesperson told the Miami Herald. “These judges are connected to unfair trials and unjust sentencing and imprisonment of peaceful July 11, 2021, protesters.” In a statement, the State Department cited a Reagan-era presidential proclamation that suspends “non immigran...