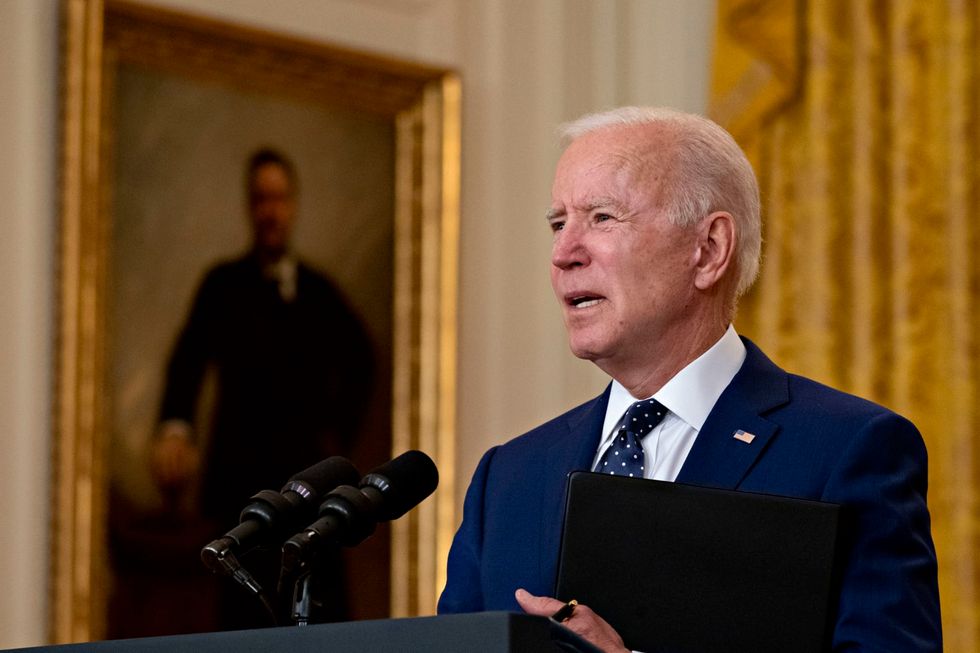 President Joe Biden speaks in the East Room of the White House in Washington, D.C., on Thursday, April 15, 2021. - Andrew Harrer - Pool Via Cnp/CNP via ZUMA Wire/TNS

President Biden’s administration has ordered U.S. immigration agencies to stop using the controversial and dehumanizing phrase “illegal alien” in reference to migrants. The term was common during former President Donald Trump’s administration, turning up frequently in statements and news releases from both Immigration and Customs Enforcement, and Customs and Border Protection. The Washington Post reported that the shift — which also junks the phrase “assimilation” in favor of “integration” — was outlined in memos sent Monday to ICE and CBP. The White House confirmed the change to the New York ...