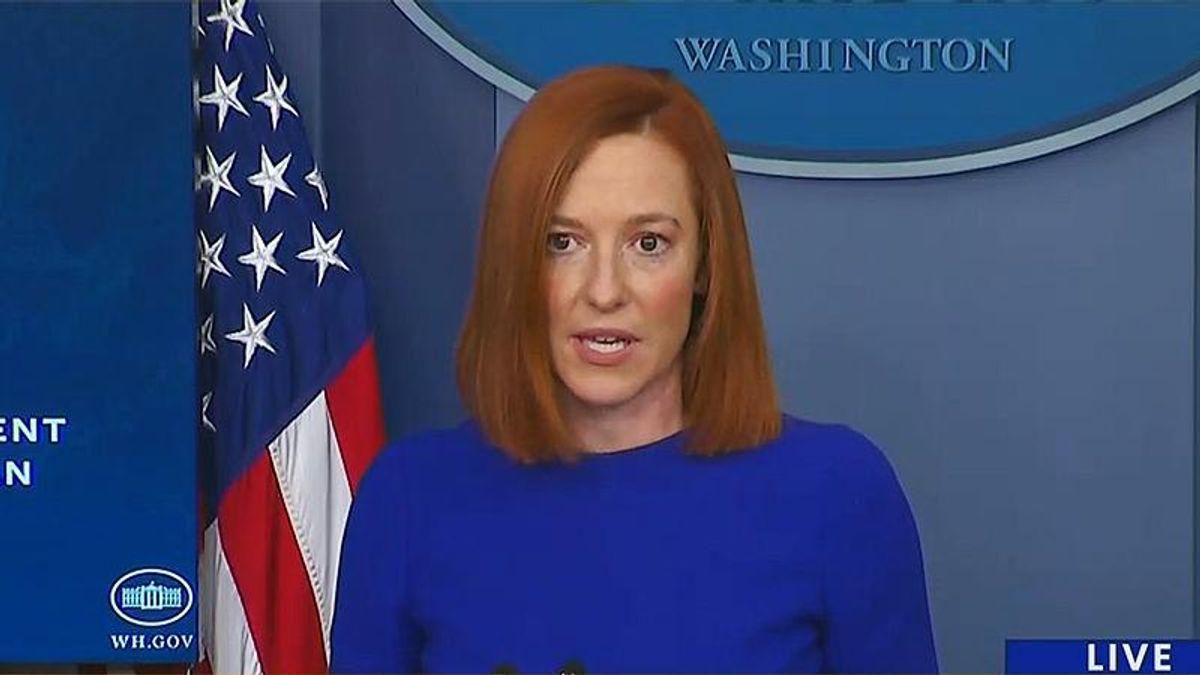 The Biden administration said this week that no one in the White House is being fired for "casual or infrequent" marijuana use.

According to a recently Daily Beast report, "dozens of young White House staffers have been suspended, asked to resign, or placed in a remote work program due to past marijuana use."

White House Press Secretary Jen Psaki confirmed this week that as many as five staffers had been fired for marijuana use and other security concerns.

But on Thursday, the White House clarified that no one had been fired for "casual or infrequent" use.

"The policy has allowed around a dozen White House staff to continue serving the in the Administration who would not have permitted under prior Administrations' policies."

NOW: From the WH regarding marijuana use among staff members : pic.twitter.com/Rc4zs6kz5X
— Brian J. Karem (@BrianKarem) March 25, 2021

"It is still illegal federally" -- Jen Psaki explains why past marijuana use resulted in a number of White House staffers losing their jobs pic.twitter.com/AkaoxqQKOC
— Aaron Rupar (@atrupar) March 24, 2021