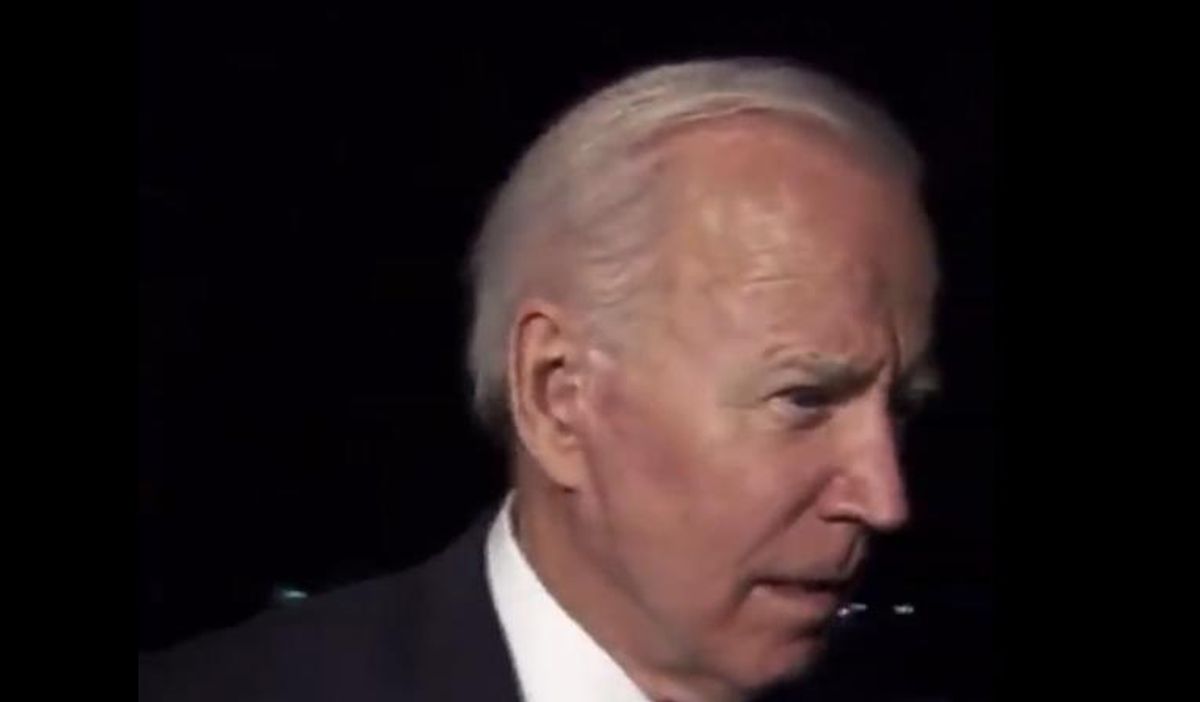 "Mr. President, can you clarify what you said about no — that there's no — no one in the Democratic Party is anti-police"' Talcott asked.

"I didn't say that," Biden replied before adding, " I said that that — that is not the Democratic Party's position. I'm the Democratic Party; I am President. So is the Speaker of the House and so is the –- the Majority Leader. We are not defunding the police."

"Okay," she replied before asking, "And are there people who — in the Democratic Party, who want to defund the police?"

"Are there people in the Republican Party who think we're sucking the blood out of kids?" Biden shot back. His response left Talcott fumbling as Biden stared then turned on his heel and walked away.

Biden's comments has since infuriated conservatives -- a sampling of which can be seen below:

Every CNN host would have burst into flames from outrage if Trump said something about Democrats sucking the blood… https://t.co/hHiY2rpXWM
— Mike Glenn (@Mike Glenn) 1627051880.0

Joe Biden was given the chance to condemn the Democrat-run cities defunding the police around the country, but he r… https://t.co/tn6XpYpsMi
— RNC Research (@RNC Research) 1627049935.0

Take a moment to imagine if Trump responded to a policy question by casually discussing “sucking the blood out of k… https://t.co/bUPhFdEcx8
— Errol Webber (@Errol Webber) 1627014170.0

Where all the people who found Trump's tweets embarrassing and offensive? This is presidential? https://t.co/94nOCdZoLM
— Mark Weiss (@Mark Weiss) 1627018821.0