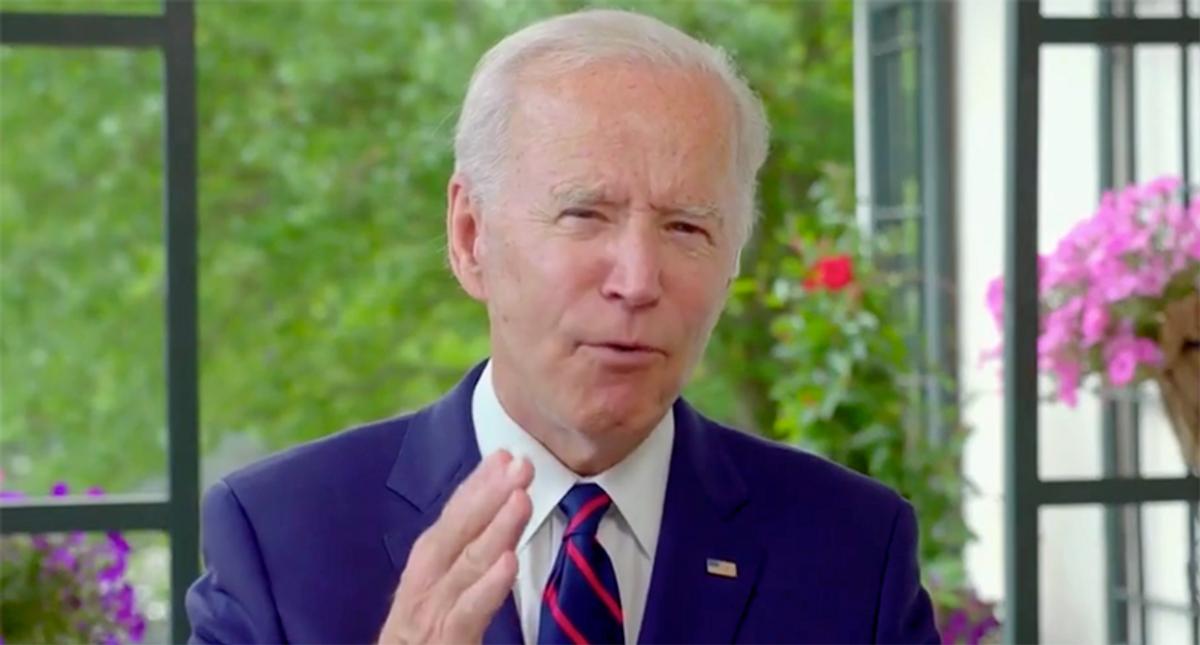 Four senators and four members of the House of Representatives were invited -- half of them from each party.

Biden so far has zero support from Republican lawmakers for his giant spending plan, which would pour money into everything from reconstructing the ragged highway system to bringing broadband internet to farming communities.

To pay for this, Biden is proposing a jump in the corporate tax rate from 21 to 28 percent.

What a senior Biden administration official called "a bold once-in-a-generation investment in America" is a must win for a president who has surprised many with his appetite for going big.

Consciously modeling himself on Franklin Roosevelt, or FDR, and his 1930s New Deal program to lift the United States out of the Depression, Biden wants to transform post-Covid America.

Rather than a traditional infrastructure package focusing on the obvious targets like roads and bridges, Biden wants funds to flood into green technology, schools and every other aspect of the wider economy in a bid to "own the future."

"America's no longer the leader of the world because we're not investing," Biden said last week.

Polls show broad support from voters for the idea, even if members of Congress are opposed.

Republicans, stung at the way the Democrats forced a $1.9 trillion economic relief bill through Congress in March, say the corporate tax increase will hammer US competitiveness.

Biden said he is "wide open" to negotiating on all aspects, including the extent of the tax hike.

However, the White House insists there can be no fundamental reduction in the make-up of the package, rejecting Republican complaints that it contains too many leftist pet projects, as opposed to real infrastructure goals.

"We will not be open to doing nothing. Inaction is simply not an option," Biden said.

The White House warns that if Republicans don't come aboard, the Democrats will try to pass the mega-bill alone, using a special budget process that allows them to get around the fact that they have only the thinnest of majorities in Congress.

Even this, however, is uncertain. The Democrats would need every one of their senators to hold firm and already at least one -- Senator Joe Manchin of West Virginia -- says he opposes the 28 percent tax rate.