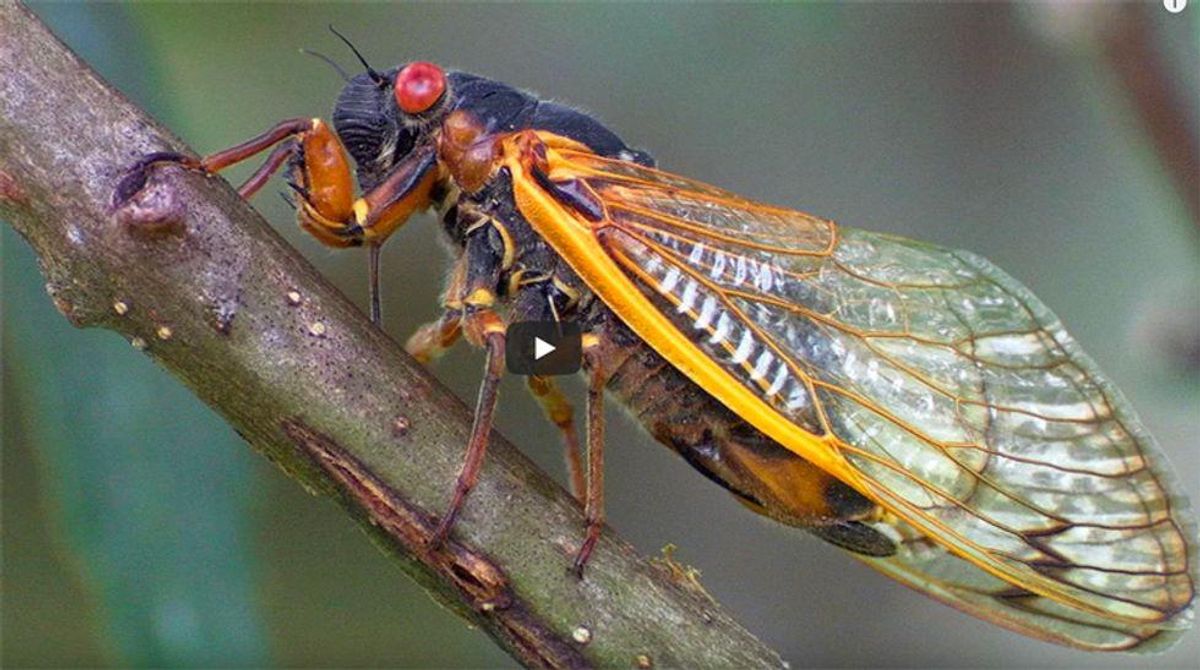 US President Joe Biden's press plane was delayed by a horde of cicadas late Tuesday, US media reported, grounding the flight for his European diplomatic tour by several hours.

The noisy insects have reemerged from 17 years underground, a regular cycle where they burst out of the soil to shed their skin, mate, lay eggs and then die.

A swarm of the insects -- thumb-sized with wide-set eyes and membranous wings -- filled the plane's engines, stranding dozens of journalists at Washington D.C.'s Dulles International Airport until early Wednesday morning.

The flight was due to take off at 9 pm local time (0100 GMT) but another plane had to be dispatched for the increasingly frustrated waiting press pack.

Billions of "Brood X" cicadas are appearing in US states including Maryland, Pennsylvania, Virginia, Indiana and Tennessee.

The last time they emerged, George W Bush was the US president, Facebook had just been created and Athens was getting ready to host the Summer Olympics.

Biden departs Washington early Wednesday, traveling on Air Force One and likely bugged by bigger issues than the small insects.

It will be the first foreign trip of his presidency, and he will launch a series of summits with G7, European and NATO partners before a face-to-face with Russia's Vladimir Putin.

Biden heads first to Britain ahead of a G7 summit in a Cornish seaside resort from Friday to Sunday.