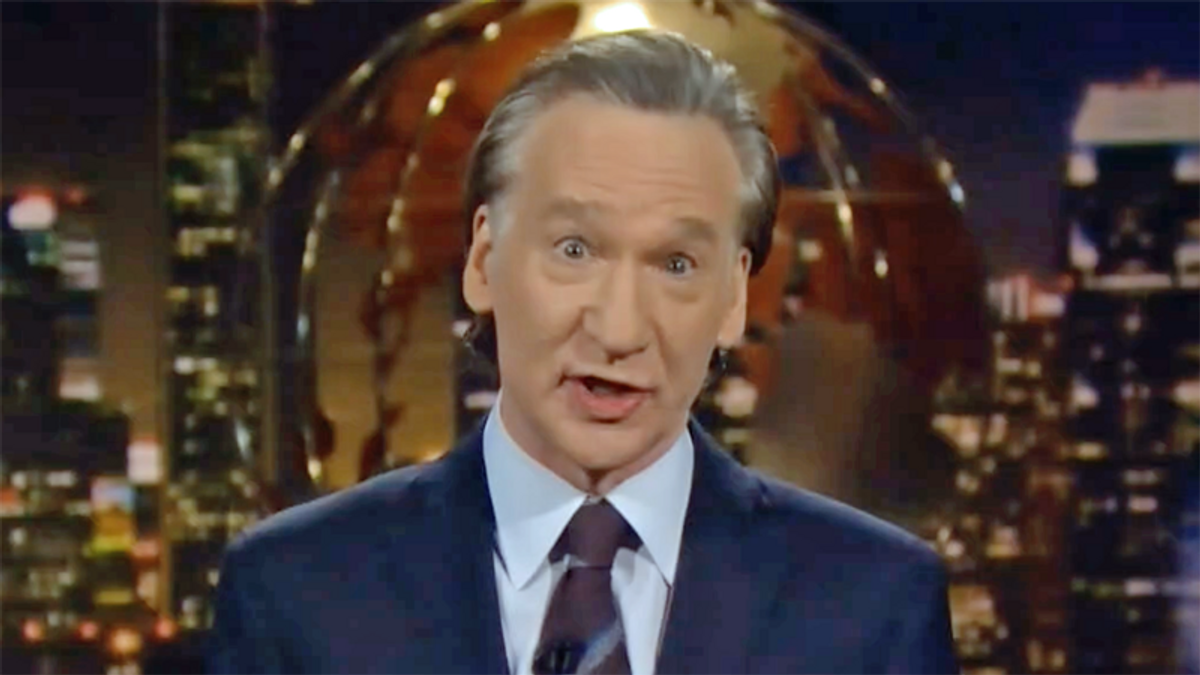 He then turned his attention to Trump supporters.

"It was a sad week for the Trump nuts this week, the QAnon cult," he said. "Yesterday, March 4th -- wink, wink -- was supposed to be the day in QAnon nut-world when the real inauguration would take place and Trump would be revealed as the one true president, just as the ancient prophecy predicted in the Tweet of Revelations."

"Who are the people who believe this sh*t? We don't know what the Proud Boys are proud of, but it's not their grades. I try not to be too mean -- well I don't try that hard -- but they believe in the Democrats running a giant pedophile ring and that they eat babies and Jewish space lasers and the latest, I'm not making this up, is that Obama is Hitler's grandson and then you mention COVID, and they go, 'you can't believe everything you hear,'" Maher said, before saying he was Q.