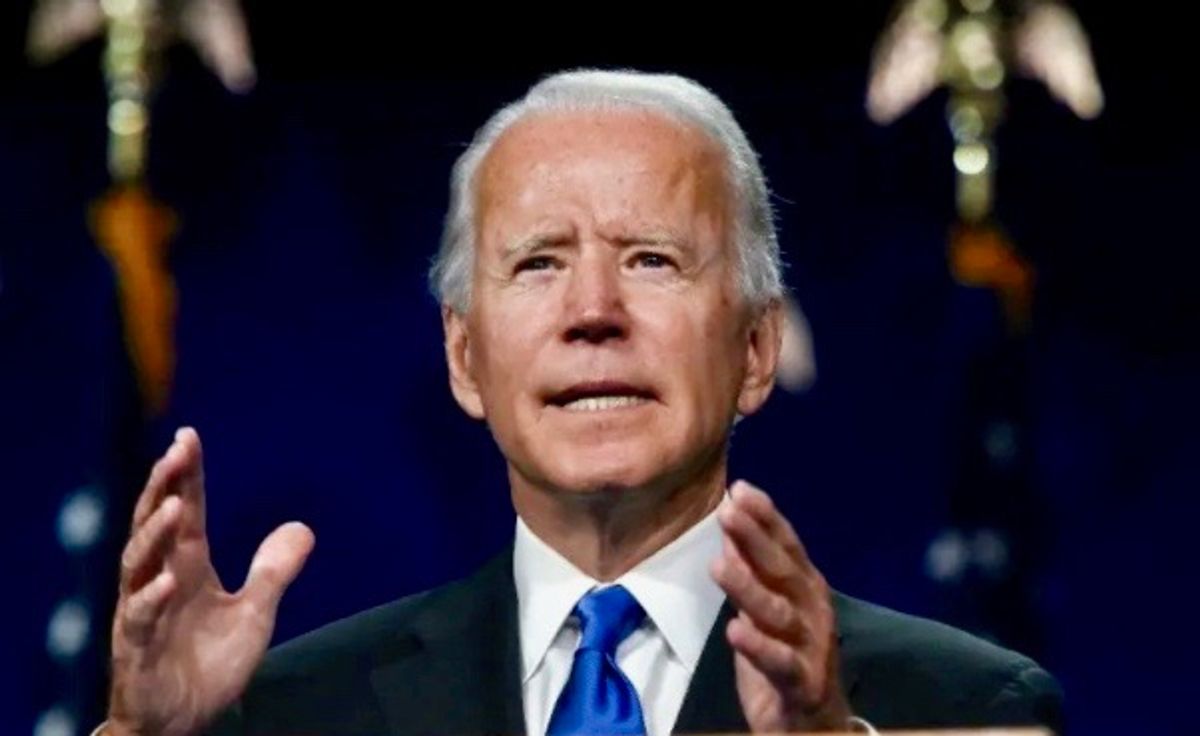 "We're all so relieved," Biden told the family and their lawyer Ben Crump, who tweeted a video of the more-than-three-minute exchange, played out on speaker phone.

"Nothing's going to make it all better," Biden said, "but at least now there's some justice."

A politician whose own seemingly charmed life was turned upside down by searing family tragedies, Biden has long been a master at showing compassion.

And the Democrat's well of emotional strength runs especially deep when it comes to the traumas -- historic and current -- facing Black Americans.

Biden may be white, but as former vice president to Barack Obama, the first African American president, he has unique credentials with the community.

When his campaign to become president hit an especially low ebb last year, it was a powerful Black politician, congressman Jim Clyburn, who pulled him up and set him on a remarkable path to victory.

Entering the White House, Biden brought Kamala Harris as his vice president -- the first person of mixed race and the first woman to hold the office.

African Americans tend to vote overwhelmingly for Democrats in nearly every US election.

Biden, though, has tried to convince the Black community that he doesn't just consider them political chess pieces -- that he actually cares about their unique plight.

The murder trial of former policeman Derek Chauvin gave him that chance.

Earlier Tuesday, while jurors were still deliberating, Biden courted controversy by telling reporters in the White House that evidence in the case was "overwhelming."

"I'm praying the verdict is the right verdict," he said.

Accusations immediately flew that Biden was pressuring the court or inadvertently risking a mistrial.

Others said Biden was being classic Biden, a renowned gaffe machine.

Press Secretary Jen Psaki answered that Biden was just being himself -- a man who reacts in the face of suffering.

"He understands people are exhausted, they are tired," she said. "He recognizes their loss and their trauma and he wants to put reforms in place."

In his post-verdict phone call, Biden recalled something George Floyd's young daughter Gianna had told him after her father's murder.

"I think of Gianna's comment: 'My daddy's going to change the world,'" Biden said. "We're going to start to change it now."

The conversation, joined by Harris and Biden's wife Jill, alternated between moments of intense feeling and laughter.

"You better all get ready because when we do it, we're going to put you on Air Force One and get you here," Biden promised the Floyds.

"Jesus Lord!" one of the family exclaimed.

Later, in a formal televised speech, Biden spoke to the whole nation, not just one African American family. His message, however, was the same.

"Systemic racism is a stain on our nation's soul," he said.

Then he insisted that Gianna had been right about George Floyd's death.

"Daddy did change the world. Let that be his legacy."