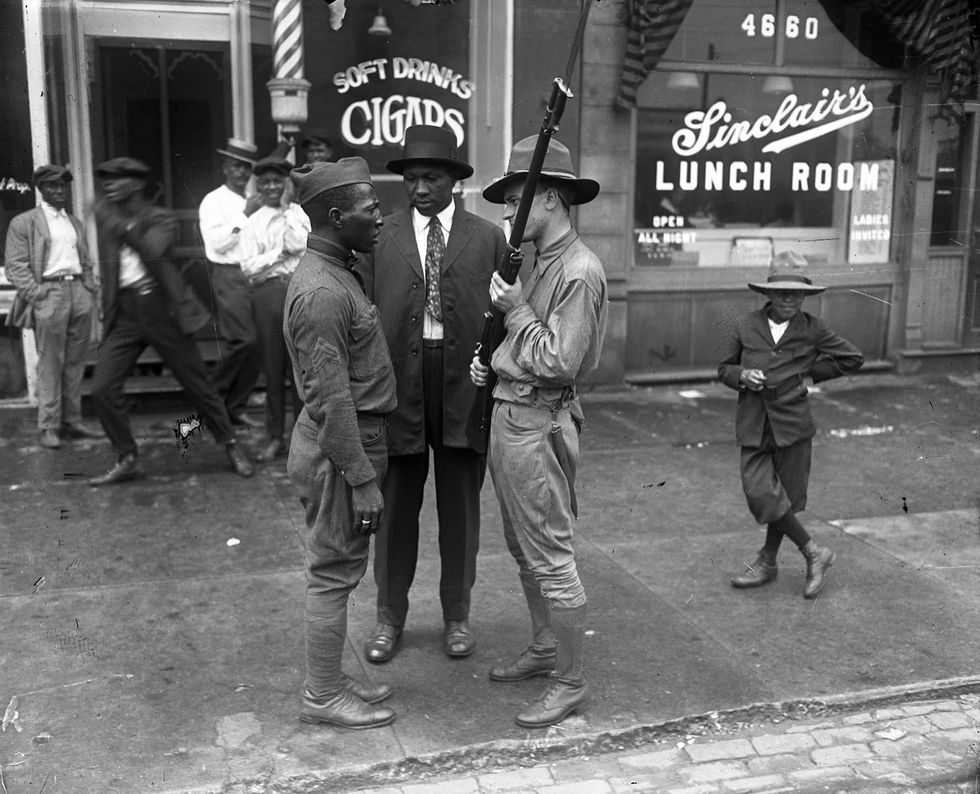 The state militia was called in to quell the violence on the south side of Chicago during the 1919 race riots. - Chicago Tribune/TNS

CHICAGO – The young Black teenager whose death at the hands of a white stone thrower at a segregated lakefront beach sparked Chicago’s worst race riot will receive a grave marker 102 years after his death, thanks to citizens wanting to right an old wrong. A group of concerned citizens, who helped raise nearly $5,000 for a stone half ledger to be placed atop the grave of Eugene Williams in Lincoln Cemetery, is also setting up a special memorial service for the 17-year-old who drowned near the 29th Street Beach, unofficially a whites-only area. The memorial is tentatively set for late July. The ...