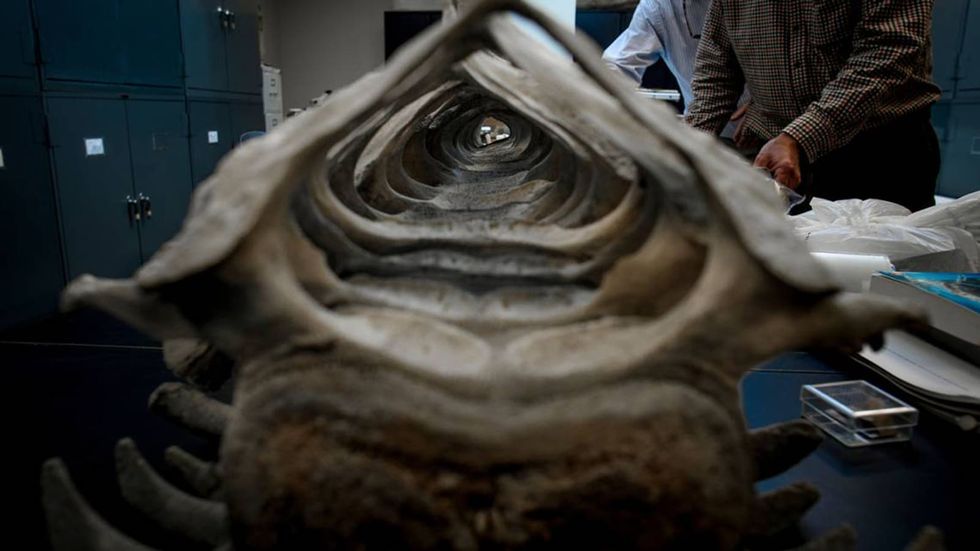 These bones originated from whales that have been extinct for 300 years or more, officials said. - Jeff Janowski/University of North Carolina WIlmington/TNS

A couple walking on a North Carolina beach made a rare discovery that could help researchers solve mysteries from long ago. Rita and Tom McCabe were used to finding shells during their walks on West Onslow Beach in the 1970s — but then they started stumbling upon large bones. After years of keeping the remains in their garage, the couple gave them to the University of North Carolina, Wilmington. It turns out, the bones belonged to a whale species extinct for about 300 years. “We grew very excited because there was very little scientific information on the North Atlantic gray whale population b...