Boy, 14, fatally shot in Chicago as family was moving from neighborhood to escape conflict, cops say 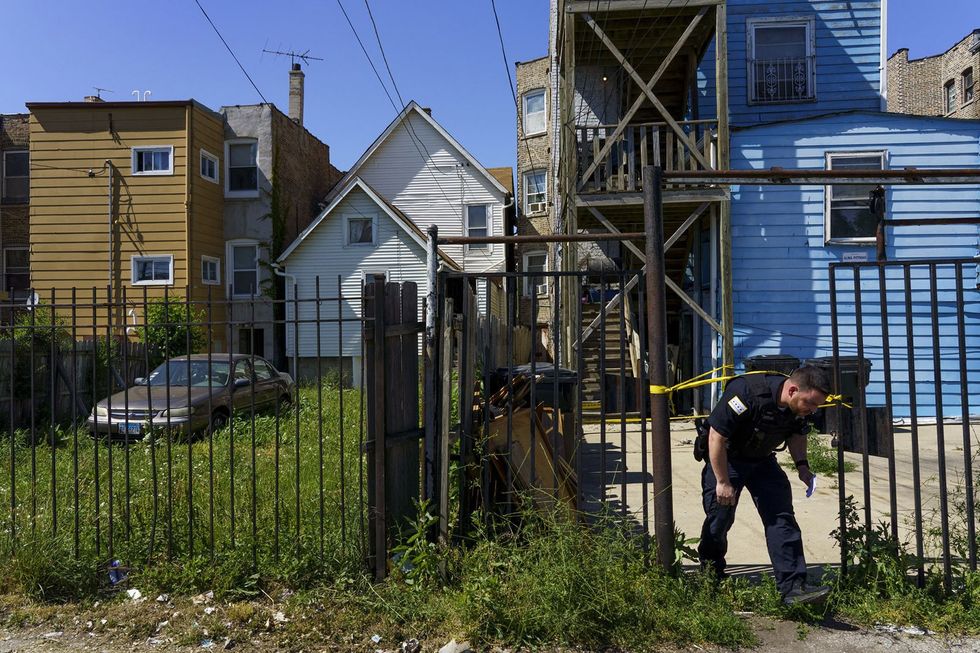 An evidence technician works the scene where a teenage boy was fatally shot June 10, 2021, in the 1100 block of South Karlov Avenue in Chicago's Lawndale neighborhood. - Armando L. Sanchez/TNS

CHICAGO – A 14-year-old boy was fatally shot Thursday afternoon on Chicago's West Side as his family was trying to move from the area, Chicago police said. Witnesses told police that family members were helping the eighth-grade boy and his mother move from their Lawndale apartment to a western suburb to escape an ongoing conflict between the boy and some people who lived in the area, according to a police report citing preliminary information. About 1:45 p.m., officers responded to an alert from ShotSpotter, the city’s gunshot detection system, of 10 rounds in the 1100 block of South Karlov Av...