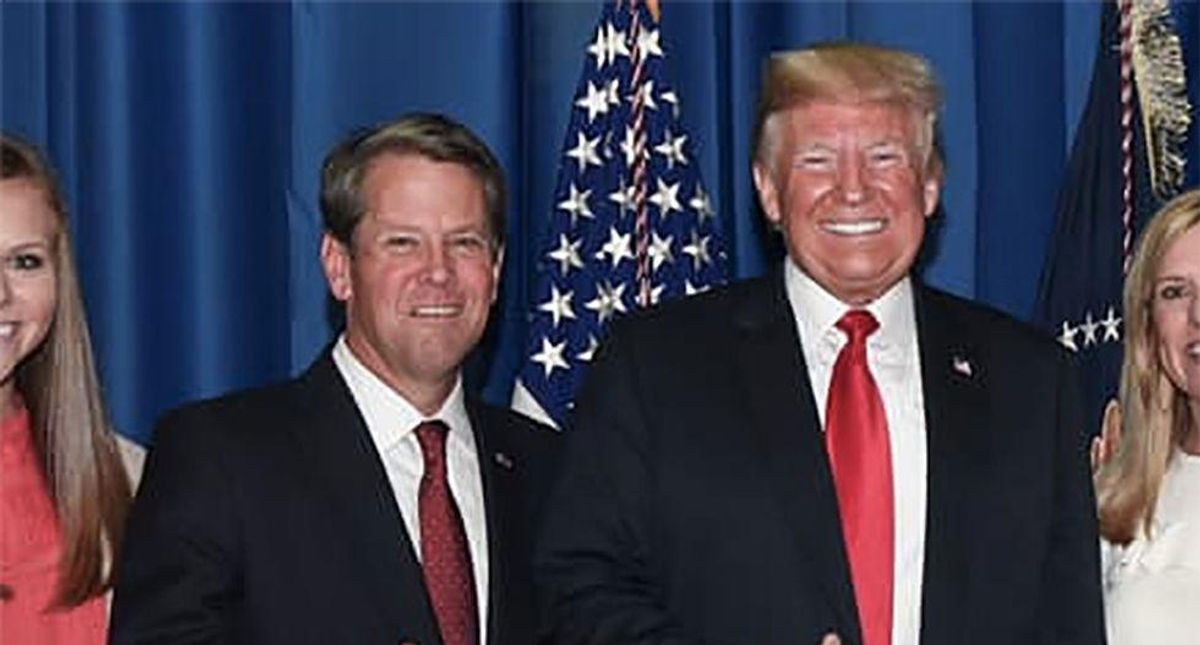 While Trump helped convince Rep. Jody Hice (R-GA) to run against Raffensperger, his candidate recruitment has so far largely failed in the governor's race.

"Yes, the suddenly Trump-y former Democrat Vernon Jones is in the race, with the former president's blessing (if not his endorsement, so far)," he noted. "But putting aside the issues with Trump, Kemp is a whole lot closer to the Georgia GOP's idea of a governor than a Black ex-Democrat who was pro-choice not long ago and has quite a bit of baggage (including a rape allegation he refuted by claiming a consensus three-way sexual encounter)."

"Nor are Trump's 2022 stumbles in Georgia limited to the governorship. He very publicly encouraged University of Georgia football legend Herschel Walker (a friend of Trump's dating back to Walker's days playing for a pro football franchise owned by the mogul) to run against Raphael Warnock when the Democrat pursues a full Senate term next year. Trump's move all but froze the field as other Republicans waited to see what 'Herschel,' as he is universally known in Georgia, would do. But Walker, who currently lives in Texas, is taking his time as Warnock happily raises money, and Republicans could have to scramble for a candidate if the former Heisman Trophy winner ultimately gives the race a pass," Kilgore explained.

However, even if Kemp prevails in the GOP primary, he's still at risk of having his political career ended in the 2022 general election.

"As for Kemp, even if he outfoxes Trump and avoids a serious primary challenge, he will still have a tough general election ahead of him, probably against the woman he barely defeated (after purging quite a few of her voters from the rolls), Stacey Abrams. All the steps he takes, moreover, to convince MAGA voters that he is as savagely reactionary as ever will probably eliminate any credit swing voters might otherwise give him for independence from Trump. But I'm sure Kemp is living one day at a time politically, and so far he's surviving," Kilgore noted.