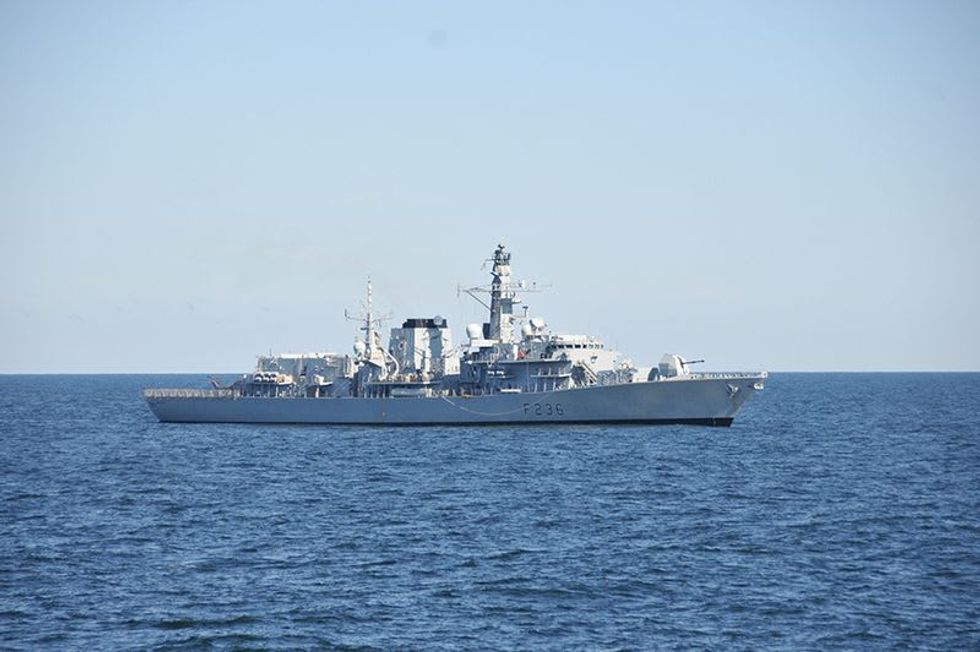 RIYADH (Reuters) -Britain's Royal Navy said on Thursday one of its warships seized Iranian weapons, including surface-to-air-missiles and engines for cruise missiles, from smugglers in international waters south of Iran early this year. A helicopter from the HMS Montrose frigate spotted speedboats moving away from the Iranian coast on Jan. 28 and Feb. 25 and dozens of packages containing the advanced weaponry were confiscated, the Royal Navy said in a statement. "The seized packages were returned to the UK for technical analysis which revealed that the shipment contained multiple rocket engine...