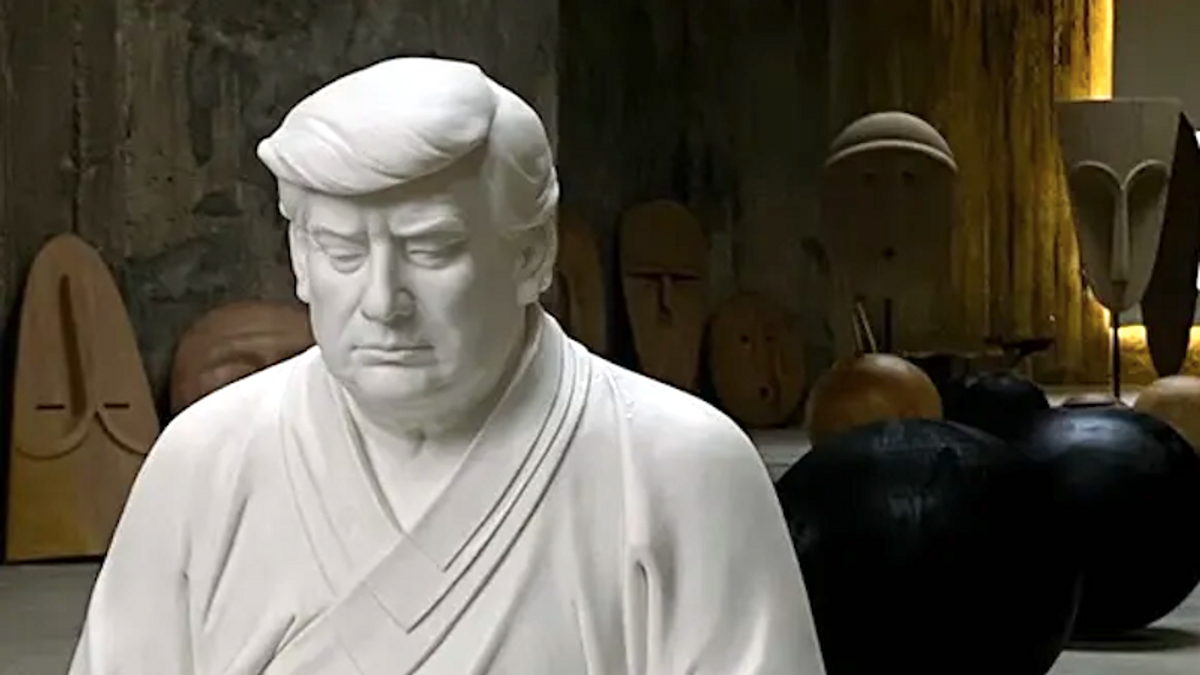 Donald Trump is the unlikely model for a new Buddha statue sold by a Chinese furniture company.

The statue shows Trump sitting cross-legged with his hands folded in his lap and thumbs pointing outward in a pose that Buddhist art associates with meditation and contemplation -- two modes of thought not commonly associated with the twice-impeached one-term U.S. president, reported The Guardian.

A smaller six-inch version of the statue goes for about $150 on the Chinese e-commerce platform Taobao, while a larger 18-inch statue runs about $610.

The seller reports selling "dozens" of the 100 statues manufactured already, and one buyer says they bought the item as a humble reminded not to be "too Trump."