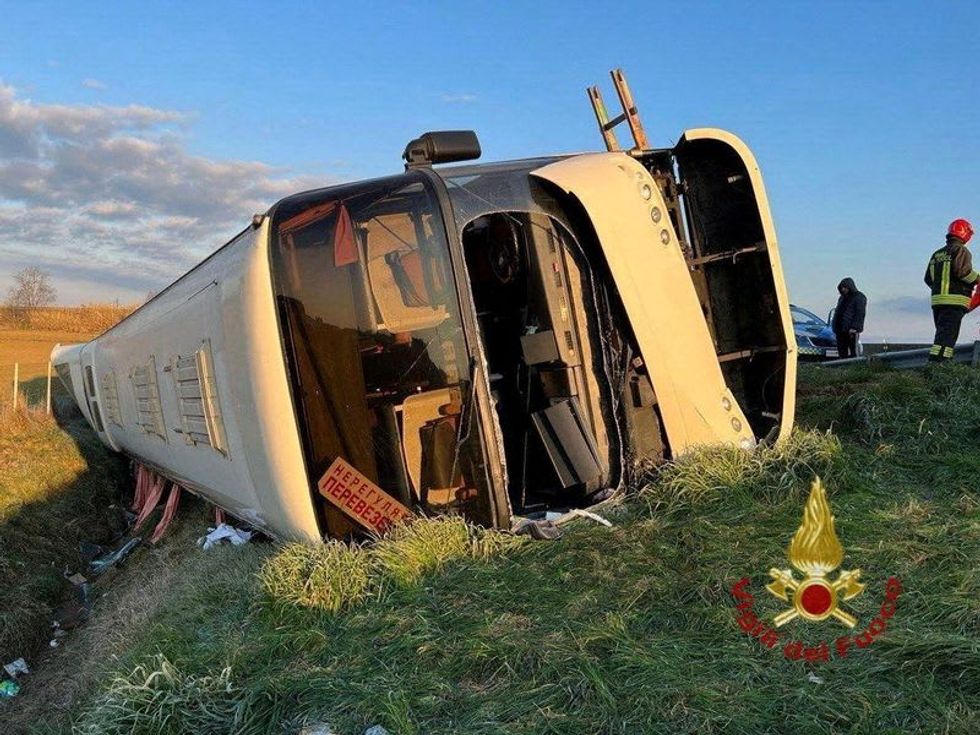 ROME (Reuters) - A bus carrying around 50 Ukrainians left the road and overturned in Italy on Sunday, leaving one woman dead and several injured, fire fighters and police said. The accident occurred at dawn on the highway between Cesena and Rimini, on the north eastern coast. Pictures released by the interior minister show the bus overturned and a crane lifting up the vehicle. The bus, coming from Ukraine, was heading to the city of Pescara, the ministry said. The passengers, mostly women and children, were believed to be fleeing the country after the military attack of Russia, a police source...