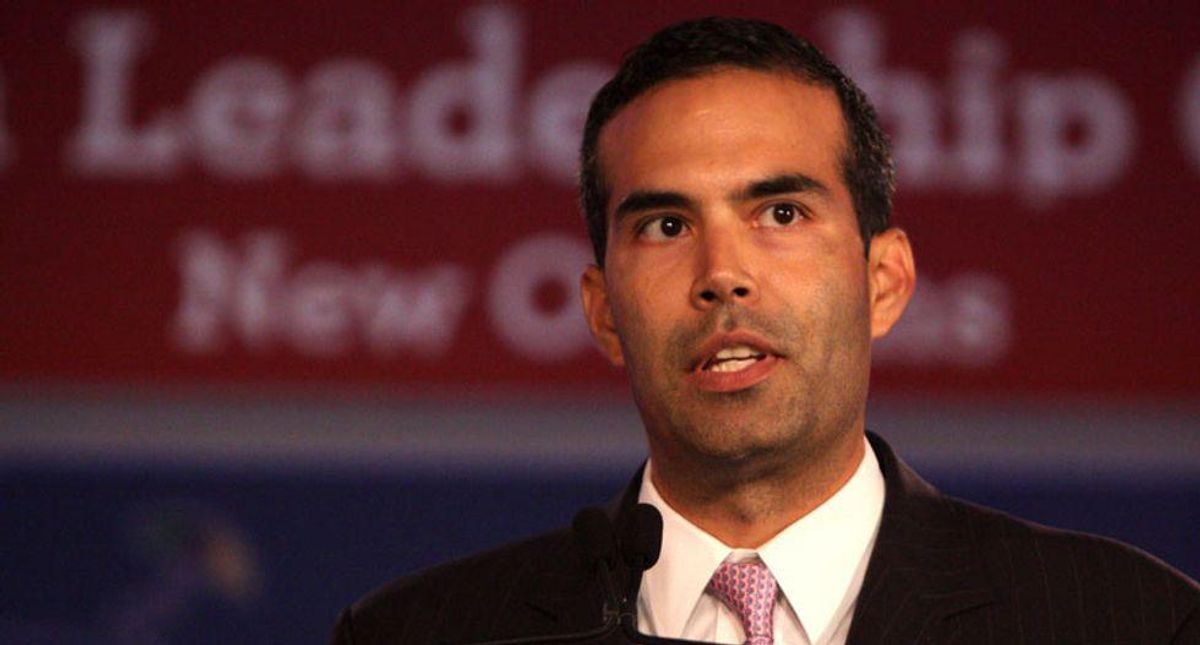 "Republicans deserve leadership that represents the views of their constituents, not their own personal vendettas," said Bush on Twitter Wednesday. "We need leaders in Congress that stand up for conservative Republican ideology, and Liz Cheney is not that leader."

Republicans deserve leadership that represents the views of their constituents, not their own personal vendettas. W… https://t.co/9tdnOnKAaR
— George P. Bush (@George P. Bush) 1620908378.0

Cheney, who is in fact one of the most conservative members of Congress, hit back at Bush on a Fox News interview later on Thursday.

"He's misinformed," she said. "When you look at what we are facing as a nation, there is nothing that we need to do as Republicans than have a strong Republican Party that can attract back the voters that we lost in 2020. And that means that we have to be in a position where we are being clear: we stand for the rule of law."

The internal House GOP election to replace Cheney will take place shortly. Trump, and most House Republicans, appear to support Rep. Elise Stefanik (R-NY), a less conservative but more Trump-loyal figure, although she does have at least one challenger in Freedom Caucus Rep. Chip Roy (R-TX).