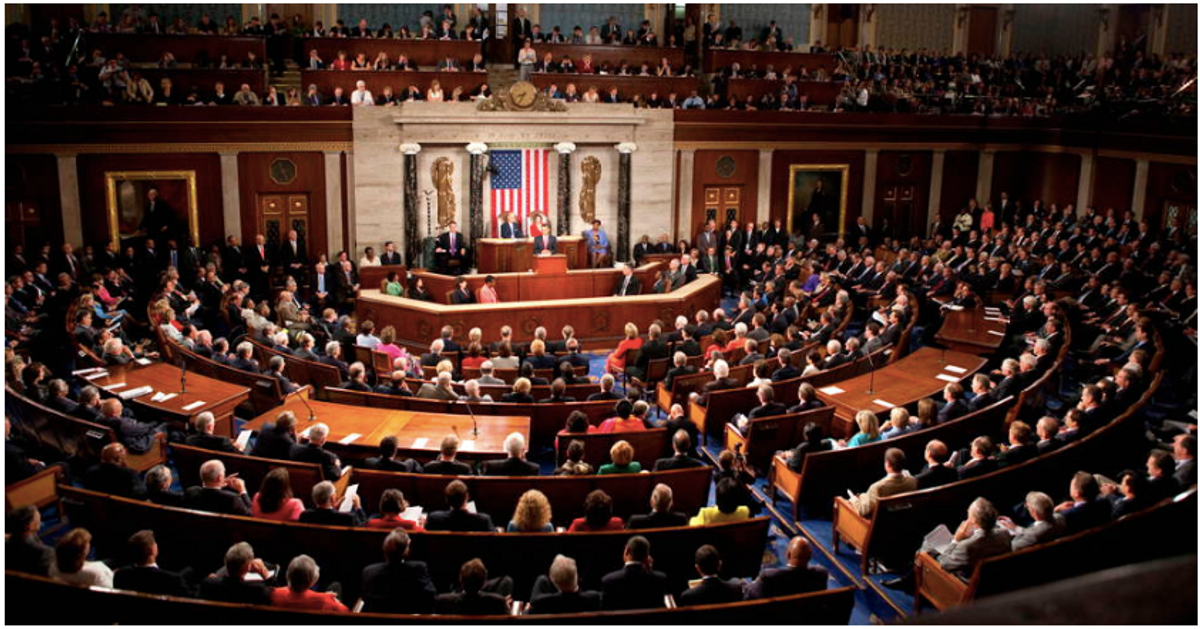 With the Senate parliamentarian expected to issue advice as soon as Thursday on whether increasing the federal minimum wage to $15 an hour complies with the rules of budget reconciliation, top congressional progressives stressed that the official's decision is merely advisory and should not be used by Democrats to concede defeat on the push for a long-overdue pay raise for tens of millions of workers.

Rep. Pramila Jayapal (D-Wash.), chair of the Congressional Progressive Caucus (CPC), said in an appearance on MSNBC late Wednesday that Democrats "made a promise to people across this country that we were gonna raise the minimum wage, that we were gonna put money in people's pockets." The House has included the $15 minimum wage proposal in its version of the $1.9 trillion coronavirus relief package, and is expected to pass the sweeping measure on Friday."It's been 12 years since we've raised the minimum wage, and if we're going to make those promises, we have to be able to deliver on them," Jayapal said. "Because, I'll tell you what, in two years... when people vote in the midterms, you're not gonna be able to say, 'Well, I'm sorry, we couldn't raise the minimum wage because the parliamentarian ruled that we couldn't do it.' That's not gonna fly."

Jayapal's comments came after Democratic and Republican senators met with Elizabeth MacDonough—the unelected official tasked with interpreting and offering advice on Senate rules—to present arguments for and against a number of major provisions in the emerging coronavirus relief package, including the $15 minimum wage measure.

MacDonough—who was first appointed to her role in 2012 by then-Senate Majority Leader Harry Reid (D-Nev.)—is expected to rule before the end of the week on whether the minimum wage increase qualifies under reconciliation, a filibuster-proof process that requires all provisions to have more than a "merely incidental" impact on the federal budget.

Sen. Bernie Sanders (I-Vt.), chair of the Senate Budget Committee, has pointed to two recent analyses by the Congressional Budget Office (CBO) to make the case that the proposed wage hike would have a substantial impact on federal revenue and spending, and should therefore be deemed eligible for the reconciliation process.

Speaking to reporters Wednesday afternoon, Sanders said, "Obviously we're a little bit biased, but we think we made a convincing case that raising the minimum wage to a living wage is consistent [with Senate rules]."

Should MacDonough advise the Senate that the minimum wage increase runs afoul of reconciliation rules, Vice President Kamala Harris—as presiding officer of the chamber—would have the power to overrule the parliamentarian, which hasn't been done since 1975.

White House Chief of Staff Ron Klain made clear Wednesday that the administration is opposed to ignoring the advice of the parliamentarian, saying in an interview, "Certainly that's not something we would do."

"We're going to honor the rules of the Senate and work within that system to get this bill passed," Klain added.

But progressives countered that disregarding the parliamentarian's advice would be perfectly consistent with Senate rules.

In an appearance on MSNBC late Wednesday, Rep. Ro Khanna (D-Calif.) noted that "there is no provision in the Constitution that says that the Senate parliamentarian has any power."

"The vice president," Khanna concluded, "has every power to disregard that decision."