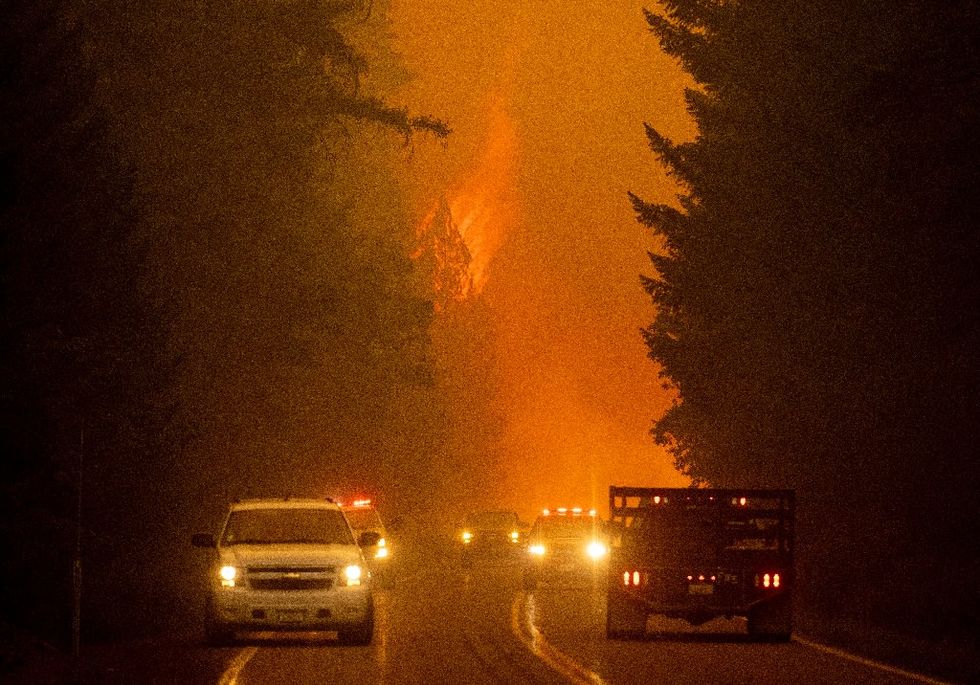 The Dixie fire near Greenville, in northern California, has burned more than 250,000 acres and continues to approach residential communities

San Francisco (AFP) - Officials in northern California on Wednesday warned residents of two communities in the path of the raging Dixie fire to evacuate immediately as high winds whipped the flames onwards.

Authorities issued the alerts to residents still in the communities of Greenville and Chester, as winds of up to 35 mph fanned the flames of the Dixie fire, the largest blaze in the state, which has grown so big that it generates its own weather system.

The Plumas Country Sheriff's Department issued an evacuation order late Tuesday for the 2,000 or so residents of Chester to flee the area.

"If you remained you should evacuate to the EAST, IMMEDIATLEY!" the sheriff's department announced Wednesday on Twitter.

"If you cannot evacuate and you are threatened by fire and can safely get there, take refuge at the Chester High School baseball field!"

"If you are still in the Greenville area, you are in imminent danger and you MUST leave now!!," the department said in a second warning on social media.

"If you remain, emergency responders may not be able to assist you."

The Dixie Fire has been raging in the forests of northern California since mid-July, part of a climate crisis that has brought sweltering heat and an alarming drought.