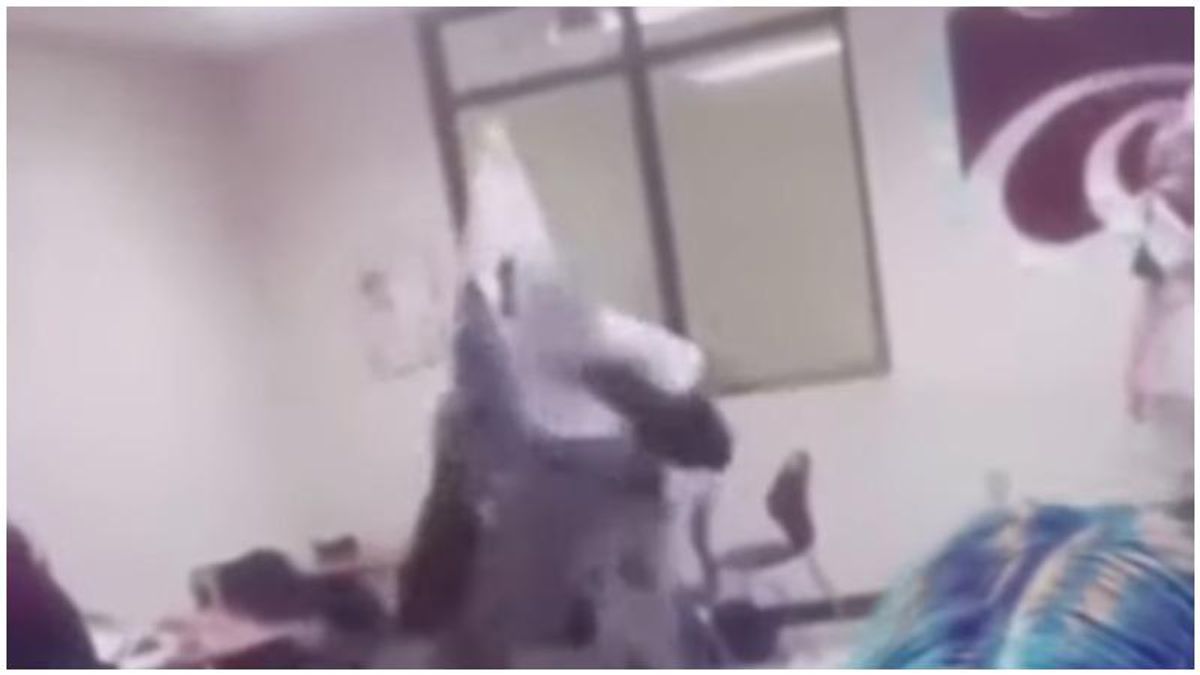 A North Texas school district is facing charges of racism after a years-old video emerged showing a Callisburg ISD student dressed in a hooded mask resembling a Ku Klux Klan outfit strutting across a classroom while the Miley Cyrus song "Party in the USA" plays in the background, the Dallas Observer reports.

"This is a culture of racism that is long outdated, and this kind of behavior has obviously been normalized," Luther Rummel said. "One can tell that based on the comments of those defending it."

But according to Callisburg ISD Superintendent Donald Metzler, the video had "nothing to do with the KKK" and was instead a depiction of a character from the horror video game and film franchise "Silent Hill." He also said that the blackface incident occurred during the 2016-17 school year and the coach is no longer employed by the school.

"I don't know if you've ever been to a pep rally in a high school during football season in Texas, that's when a lot of silly antics and games and stuff occur," he said.

Metzler added that while he doesn't know if any discipline was meted out to the teacher, both teachers are no longer with the school district.

"All I can do is try to make everyone employed with this district aware that we're in a very closely watched society today," he said. "Things that you might have said and done 15 years ago are just not appropriate anymore, and you have to get in line with that, try to accept it and move on."

Other racially charged incidents have taken place in North Texas school districts as well, including screenshots that have emerged showing white Aledo ISD students pretending to sell their Black peers during a virtual "slave auction." Days after the Aledo incidents, CBS DFW reported that a Greenville ISD teacher who photographed her foot on the neck of a Black elementary student -- the day Derek Chauvin was found guilty of George Floyd's murder -- had resigned.

"This is about denormalizing this kind of behavior and saying it doesn't matter that you're tucked away in the North Texas backwoods anymore," Luther Rummel said. "We're going to root you out, we're going to find you, we're going to expose you. And we're not going to allow children to be held hostage to a century ago anymore."