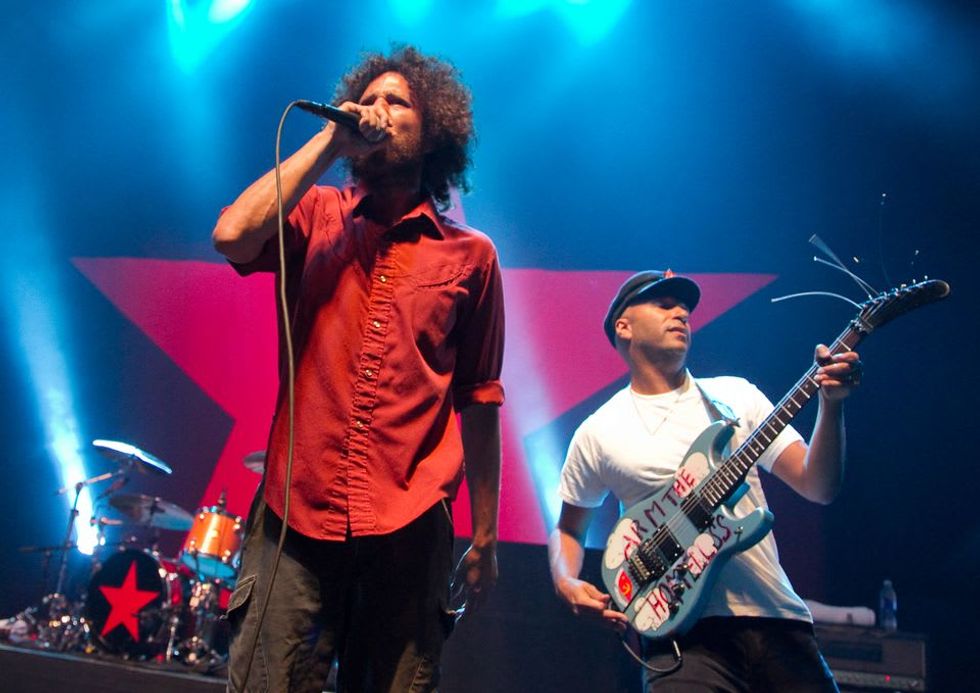 Vancouver, Canada's KiSS-FM radio station has been playing Rage Against the Machine's "Killing in the Name" on repeat after laying off their DJs on Tuesday.

Vancouver, Canada’s KiSS-FM radio station has been playing Rage Against the Machine’s “Killing in the Name” on repeat for hours after laying off three of their DJs on Tuesday. Three of the pop-soft rock station’s popular DJs and radio hosts, Kevin Lim, Sonia Sidhu and Tara Jean Stevens, were laid off after five years of working at the radio station, according to Pitchfork. “KiSS is changing and, unfortunately, we were informed that we will not be part of this new chapter,” said Lim and Sidhu during their final broadcast yesterday. “It comes with mixed emotions, as you can probably hear.” When ...

Who's a 'conservative? Not these folks — the word has become meaningless

The present political chaos is connected with the decay of language.
— George Orwell (1946)

Words have meanings. Words have power. Words influence the way people think and act. Words must be used with precision if the people who read them are not to be misled.