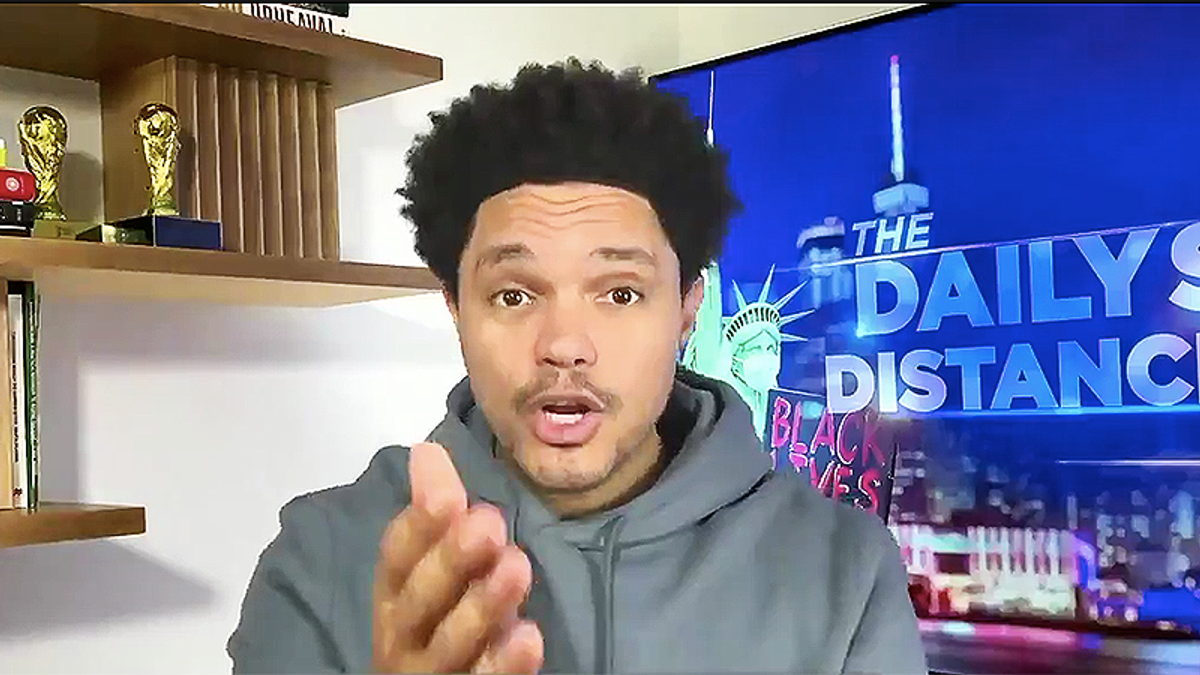 Republicans are still whining about Dr. Seuss's foundation making the decision to stop publishing six books that have racist imagery in them. While it had nothing to do with a political party, somehow Fox News blamed Democrats and "liberals" for another example of "cancel culture."

"The Daily Show's" Trevor Noah posted a video on Sunday afternoon explaining that Dr. Seuss's own estate made the decision, something that seemed to get lost in the complaints by Republicans.

"And look, I know that this thing was blowing up and it was trending all over Twitter," Noah explained. "But there's always gonna be people on Twitter telling you that this is the end of civilization. Because fanning the flames of culture wars is how they get attention."

Noah explained that an organization made a decision that they didn't want to be associated with outdated imagery that is racist.

"That's not being canceled," Noah explained. "That's something that companies and organizations do all the time! Like, at some point, Coca-Cola was like, 'Hey maybe putting cocaine in our drink is harmful to the public. Maybe we should stop doing that.' Nobody called that cancel culture!"

At least, they haven't yet.