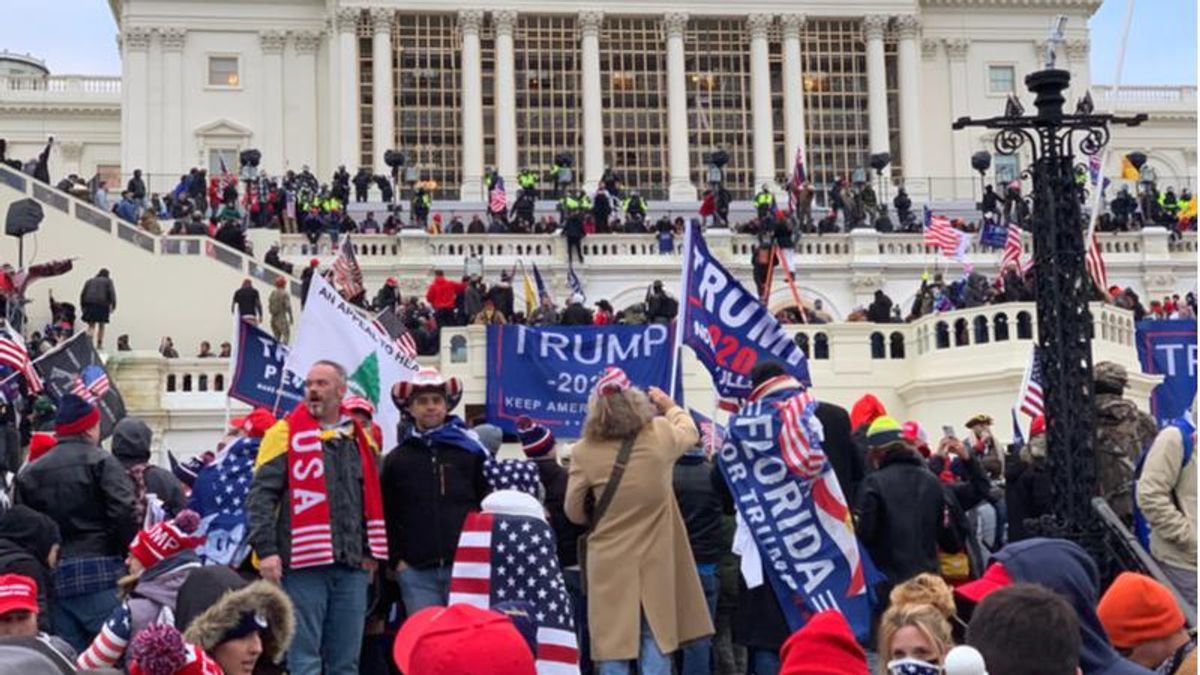 There is a misconception that the people who stormed the U.S. Capitol in a siege to "hang Mike Pence" and arrest and presumably execute House Speaker Nancy Pelosi (D-CA) were just militia members, QAnon conspiracy theorists and general conservatives radicalized on Parler and in Facebook groups. It's not entirely the case, wrote Washington Post civil liberties columnist Radley Balko.

"Take, for example, Alan Hostetter, an Orange County, Calif., man who led a cadre of MAGA followers to the 'Stop the Steal' rally, then filmed himself on the Capitol steps during the attempted insurrection," wrote Balko.

His column comes hours after the Department of Homeland Security issued an alert saying that ideological extremists are intent on perpetuating their grievances with the U.S. government after former President Donald Trump convinced them that the 2020 election was somehow rigged.

After taking yoga he loved it so much he became a teacher, leading guided meditation to housewives and through senior center classes.

"The far right in Hostetter's Orange County is a slurry of suburban wellness, law-and-order conservatism, white nationalist activity and five of the country's 20 wealthiest cities," wrote Balko. "Hostetter and other activists have created a strange assemblage of yogis, "spiritualists," business owners and conventional Republicans, harnessing the fear and anger of Orange County elites. They united it with Trump's more working-class base to build a coalition of anti-lockdown, anti-mask and anti-vaccine activists, QAnon conspiracists, covid-19 truthers, wellness advocates, evangelicals, ultimate fighting fans and white nationalists, all under the MAGA banner."

Hostetter isn't the only one who didn't meet the stereotypes frequently seen at former President Donald Trump's rallies. Horned Capitol insurrectionist lamented, through his mother, that he was starving in jail because he only eats organic and most jails don't take dietary restrictions into account when they incarcerate someone.

Another was known as a sweet old man to his neighbors until they found out that he was the one who brought Molotov cocktails to Washington.