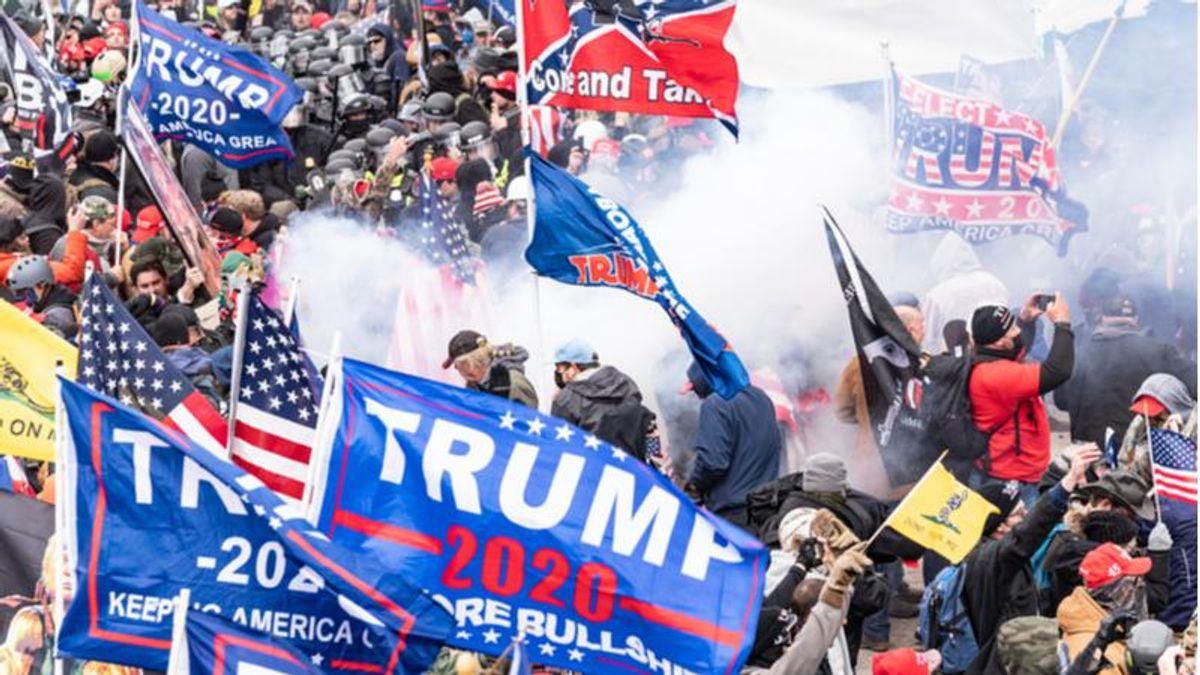 A new report from the Capitol Police inspector general slams the department's leadership for failing to anticipate violence from Trump supporters at the January 6th riots at the United States Capitol building.

CBS News reports that Capitol Police Inspector General Michael Bolton last month issued a scathing report in which he said the department "did not prepare a comprehensive, Department-wide plan for demonstrations planned for January 6, 2021" and did not heed warnings from the FBI's Norfolk division about the likelihood of violence breaking out.

Bolton singles out the department for circulating a daily intelligence briefing on the day of the riots that told Capitol Police officers that it was "improbable" to expect acts of violence or civil disobedience from Trump supporters.

This assessment directly contradicted an internal assessment issued just three days earlier that warned that a "sense of desperation and disappointment" among Trump supporters that "may lead to more of an incentive to become violent" and could make "Congress itself... the target on the 6th."

Capitol Police Chief Yogananda Pittman testified before Congress in February that, despite a general awareness that protests against the election certification could turn violent, "no credible threat indicated that tens of thousands would attack the U.S. Capitol, nor did the intelligence received from the FBI or any other law enforcement partner indicate such a threat."