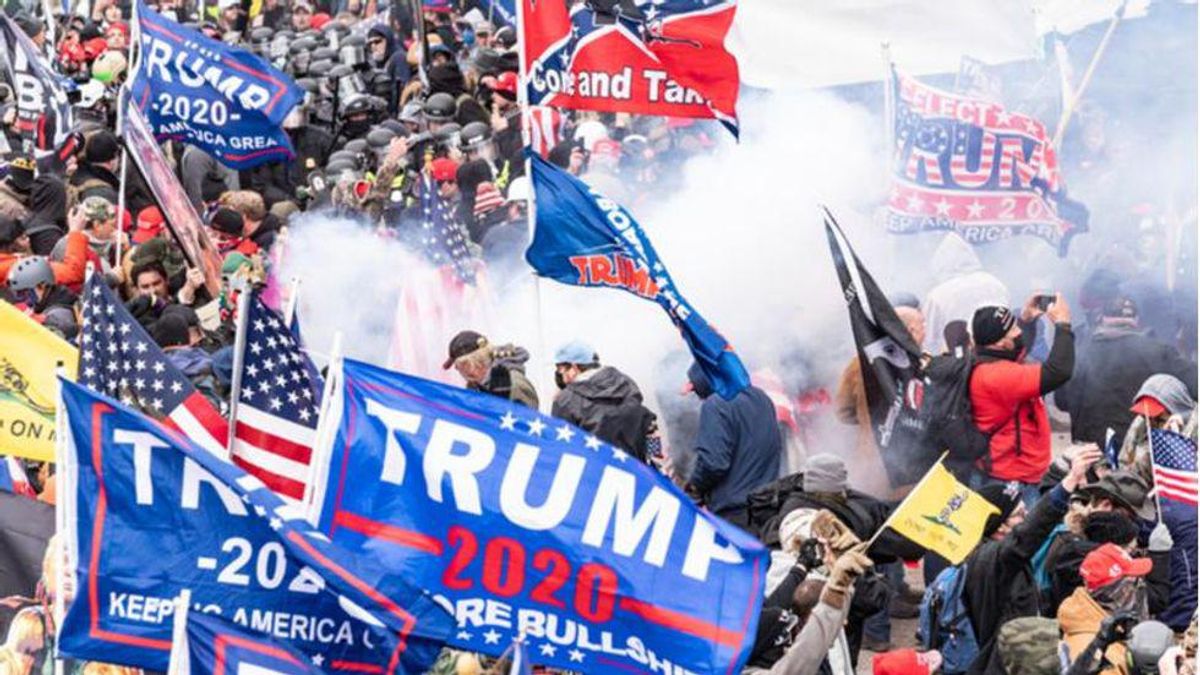 There has been a shakeup in the leadership of the Capitol Police Department following the January 6th insurrection.

"Chad Thomas, the Capitol Police's assistant chief of police for uniformed operations, which includes the riot control group that was woefully unprepared for Jan. 6, is leaving the department, according to sources familiar with the departure," Roll Call reported Monday. "In an email from the Capitol Police's chief of staff to Congress, it says Thomas is no longer serving as commander of uniformed operations and 'will be separating from the department.'"

"Thomas, who has been with the Capitol Police since 1996, had a significant role in planning for Jan. 6, when protesters disrupted the counting of electoral votes with an attack on the Capitol. That involved staffing, schedules, SWAT team instructions and security perimeter matters," Roll Call noted. "In the immediate aftermath of the attack on the Capitol, Capitol Police Chief Steven Sund left, as did the House and Senate sergeants-at-arms."

In February, 96% of Capitol Police officers told their union they lacked confidence in Thomas.