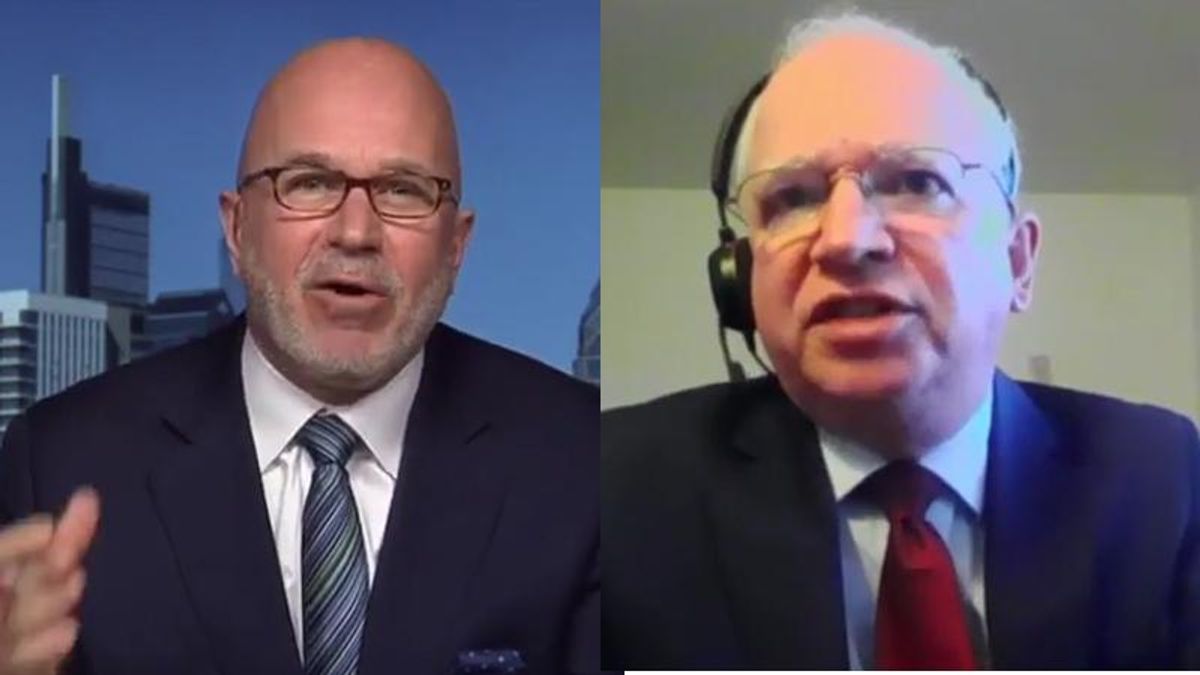 On Saturday, CNN's Michael Smerconish grilled John Eastman, a far-right law professor recently forced out of Chapman University for speaking at the pro-Trump rally coinciding with the violent invasion of the U.S. Capitol, where he pushed a discredited legal theory that former Vice President Mike Pence could have overturned the election.

"The half-million people that were on the Ellipse as attendees to the rally were not part of incursion that had already begun at the Capitol," said Eastman.

"You and I both know that it is just walking distance in about 15 minutes time. I don't know how you can say that the people there were there didn't go in the other direction," said Smerconish. "My question stands. Did you know that anybody — how about this, anyone widely defined was going to breach the Capitol that day?"

"Of course not!" Eastman exclaimed. "What we've learned from The Washington Post just two days ago is that there was a paramilitary group, as well as antifa groups, that were organizing that three or four days ahead of time. We had no knowledge of that."

"Is there a single individual from antifa who has been arrested?" said Smerconish.

"Yes," said Eastman. "We have pictures of guys at rallies all last summer that were there."

"We're not talking about last summer," said Smerconish. "You said at the rally, quote, 'This is bigger than President Trump.' You said, 'Anybody that is not willing to stand up to do it does not deserve to be in the office, it is that simple.' We can agree that you were talking about Mike Pence, right? ... So here is what followed." He played a clip of Capitol rioters chanting, "Hang Mike Pence!" "You don't see any causal connection between your words and the 'Hang Mike Pence' chants that followed?"

"That was two miles away ... the people who stormed the Capitol were not in earshot of what I said," said Eastman. "I simply said what we're demanding is that the vice president delay the proceedings enough to allow them time to review whether their certificates of electors were illegally cast. That is all. And to take it out of context, I think, is really dishonest."

"I don't think I've taken it out of context," said Smerconish. "I'm trying to present the argument that I think will be part of the president's impeachment trial."