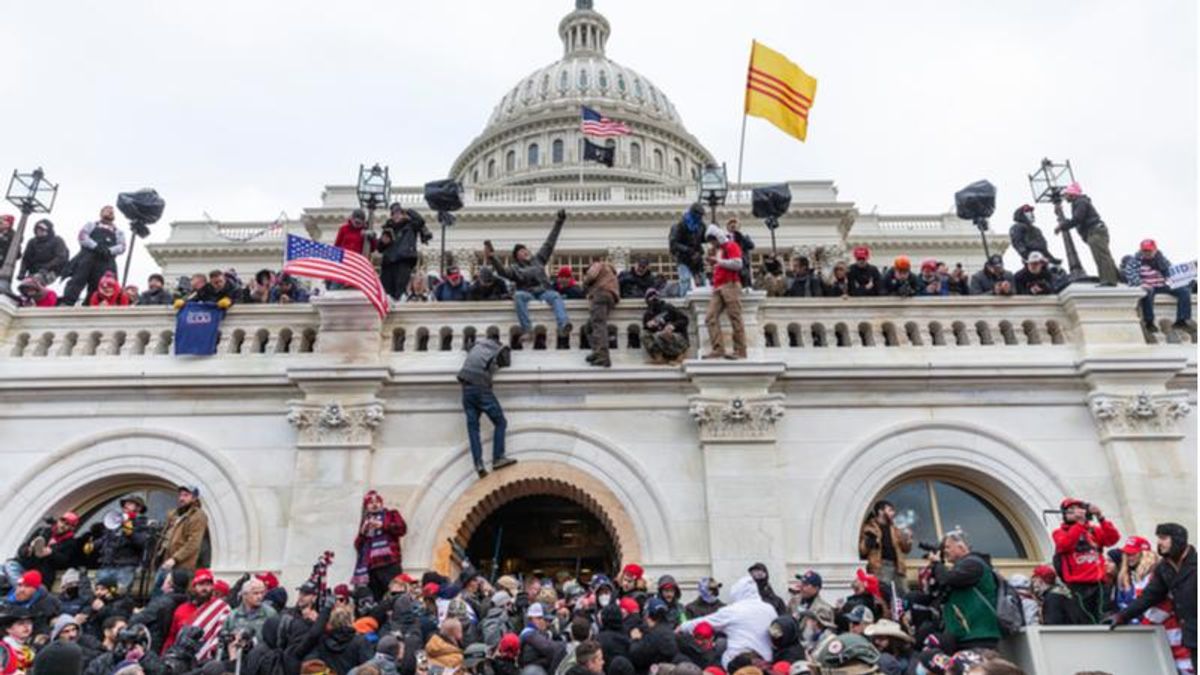 On Tuesday, writing for The Daily Beast, former CIA officer Jeff Stein highlighted some of the root causes of the "massive" intelligence failure that prevented a meaningful effort to stop the Capitol riot from happening.

Reports suggested that the FBI had alerts of "war" at the Capitol just a day before it all unfolded — and yet many federal and local officials who should have been prepared were caught off guard.

"Nobody here needs to be reminded that far-right fringe groups and untold tens of thousands of delusional pro-Trump fans had been lighting up their social-media redoubts and chat-room hideouts for weeks with excited talk of marching on Washington to reverse the election results," wrote Stein. "The red lights were screaming, as the all too common saying goes. Just days before the Jan. 6 insurrection calamity, I talked to a regional D.C. intelligence official who claimed with quiet confidence to be on top of it all. In retrospect, it reminds me of the walk I took with a CIA friend in August 2001, when he told me the agency was expecting Osama bin Laden to hit us big time any day."

One of the big causes of the problem, wrote Stein, is that the culture at the intelligence and law enforcement agencies prioritizes "statistical accomplishments" that can be quantified — and preventing an insurrection is not easily quantifiable, so there aren't enough resources put into it.

"As former FBI agent Harry Gossett told me a few weeks ago, investigative resources are 'doled out based on statistical accomplishments,' such as the number of 'subjects identified, indictments, arrests, convictions, fines, savings, recoveries, etc,'" wrote Stein. "If the squad investigating bank embezzlements, for example, can show hard numbers on money saved, it's going to get a bigger budget. In contrast, Gossett said, 'counterintelligence squads were measured by defections, recruitments, and intelligence take. Their cases rarely went to court.' Can't show money saved there."