Half of Republicans think Jan. 6 siege was peaceful or staged by antifa, new poll finds 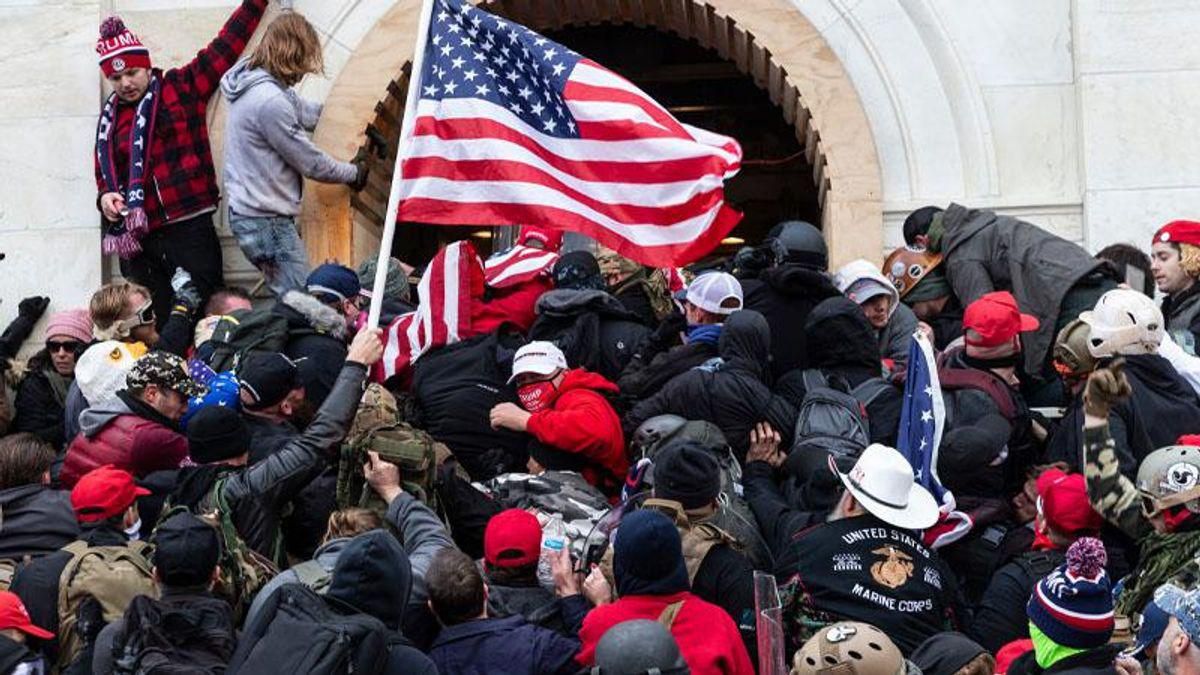 What percentage of Republicans believe the Jan. Capitol siege was either a peaceful demonstration or led by antifa, nearly three months after the riot?

A jarring new poll conducted by Reuters and Ipsos, published on Monday, found that "about half of Republicans believe the siege was largely a non-violent protest or was the handiwork of left-wing activists 'trying to make Trump look bad.'"

Although there is considerable evidence to support the fact that proud pro-Trump vigilantes were seen around the Capitol building in large numbers on that dark day in Washington, many Republicans appear to have created an alternative reality, or simply haven't registered the corrections issued by conservative media. A few days following the Jan. 6 Capitol riot, one dubious report from the Washington Times was widely circulated in right-wing circles, claiming that "Antifa members" were identified in the crowd. The Times later retracted that article in its entirety, after Mediaite reported that the outlet made silent changes to the story in the dead of night. The story stoked innumerable false claims in conservative Twitter circles, which widely spread the discredited notion that antifa was behind the Jan. 6 riot.

As for the new poll, the results are startling, even beyond the headline news that most Republican voters believe the siege was the fault of leftists or was entirely "non-violent."

The poll results further outlined that nearly 60 percent of Republicans bought into the claim that the 2020 election was stolen from former President Donald Trump, and found that only about three in 10 Republicans think Trump is somewhat responsible for the riot of Jan. 6. "The Reuters/Ipsos poll shows a large number of rank-and-file Republicans have embraced the myth. While 59% of all Americans say Trump bears some responsibility for the attack, only three in 10 Republicans agree. Eight in 10 Democrats and six in 10 independents reject the false claims that the Capitol siege was 'mostly peaceful' or it was staged by left-wing protestors," Reuters reported.

One scholar at Vanderbilt University, John Geer, who studies public opinion, told Reuters, "Republicans have their own version of reality. It is a huge problem. Democracy requires accountability, and accountability requires evidence." "The refusal of Trump and prominent Republicans to repudiate the events of Jan. 6 increases the likelihood of a similar incident happening again," Susan Corke, director of the Intelligence Project at the Southern Poverty Law Center, told Reuters.