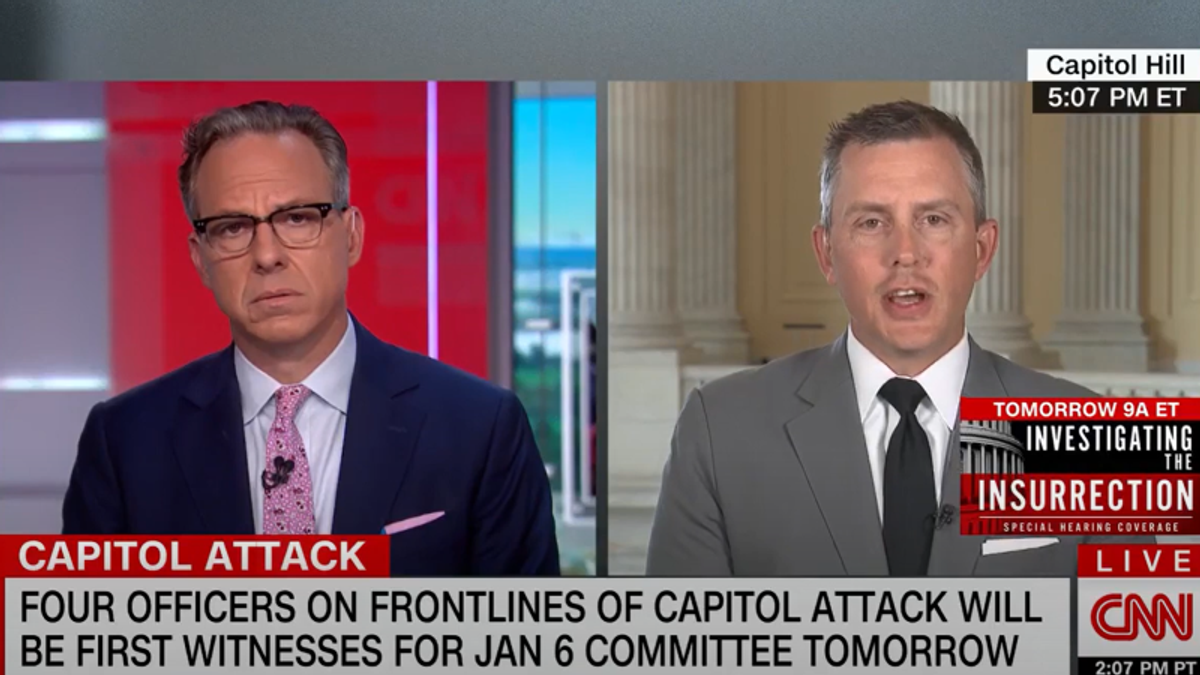 "Because when you serve on the committee at the call of the speaker and the minority members aren't allowed to put their own members on the committee, you just completely make this thing partisan and move it forward in a way that, I'm just telling you, 50 percent of the country is not going to take anything going on with it with any credibility whatsoever," said Armstrong.

"Jim Jordan and Jim Banks ... not just according to Speaker Pelosi but according to Liz Cheney, had said things to make it clear that they didn't believe with the goals of the committee," said Tapper. "Obviously I'm not talking about you, but there are things that they had said about, first of all, they had been putting forward the election lie that Donald Trump actually won the election, something that you have not done. That was the reason. But, beyond that, Pelosi wanted to keep you on the committee... don't you think just in terms of what's best for the nation, don't you think you could do more good on this committee than off this committee?"

Armstrong declined to answer directly, deflecting with, "I think absolutely what's best for the nation, best for this institution in the short term and best for this institution in the long-term is for the minority members to be able to put their members on the committee ... I mean, we can come on here and be all solemn, but this is a partisan town, all committees are partisan and the members should get to put who they want on there, and that's how it always should be."