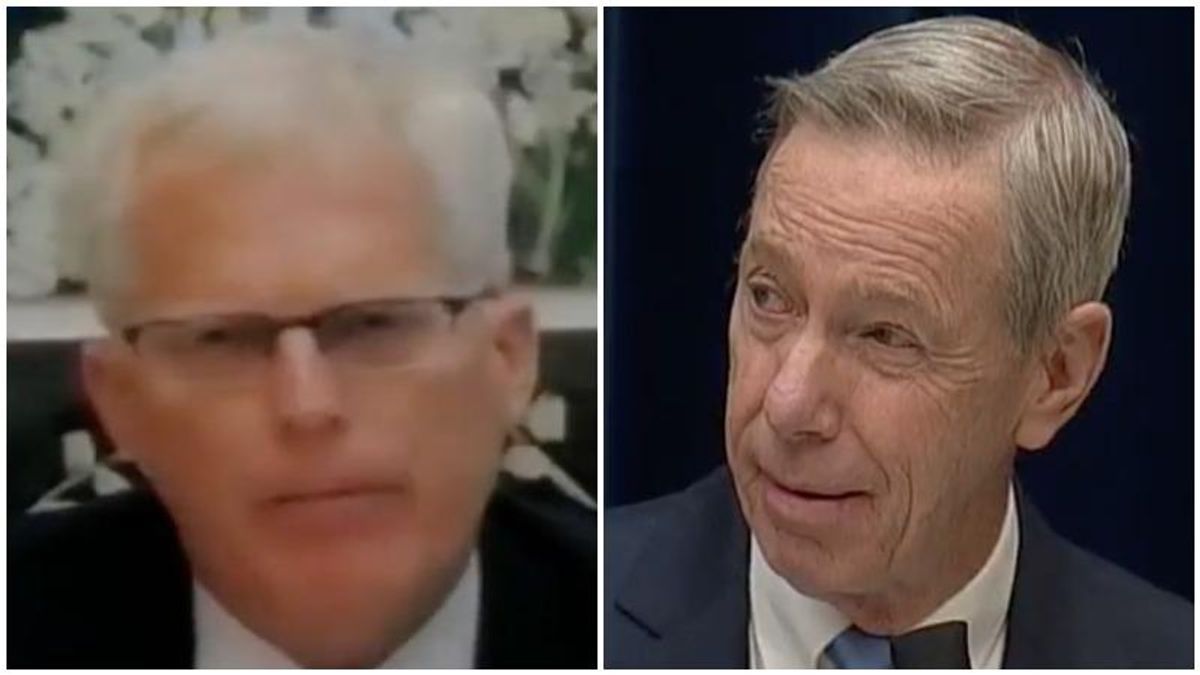 During a House Oversight Committee hearing on the response to the Jan. 6 attack on the U.S. Capitol, Rep. Steven Lynch (D-MA) grilled former Trump administration Acting Defense Secretary Christopher Miller, asking him if he thinks there would have been an attack on the Capitol if former President Trump hadn't given his speech at the preceding "Stop the Steal" rally on the same day.

Miller replied that he'd like to "modify" his original assessment due to the fact the he's "getting more information by the minute about what happened."

"It seems clear there was some sort of conspiracy where there were organized assault elements that intended to assault the Capitol that day," Miller said.

Lynch interrupted and posed his question again: "Did the President's remarks incite people in the crowd to march in the Capitol, or did they not?"

Miller conceded that it "goes without saying" that Trump words "resulted in that."

Lynch then cited comments Miller made in March when he told VICE News: "Would anybody have marched on the Capitol, and tried to overrun the Capitol, without the president's speech? I think it's pretty much definitive that wouldn't have happened."

After hearing his comments read back to him, Miller said that now he believes Trump's speech was "not the unitary factor at all."

"It seems clear there was an organized conspiracy with assault elements in place..."

Lynch interrupted again, telling Miller that his revised view is a "very recent reversal of your testimony."