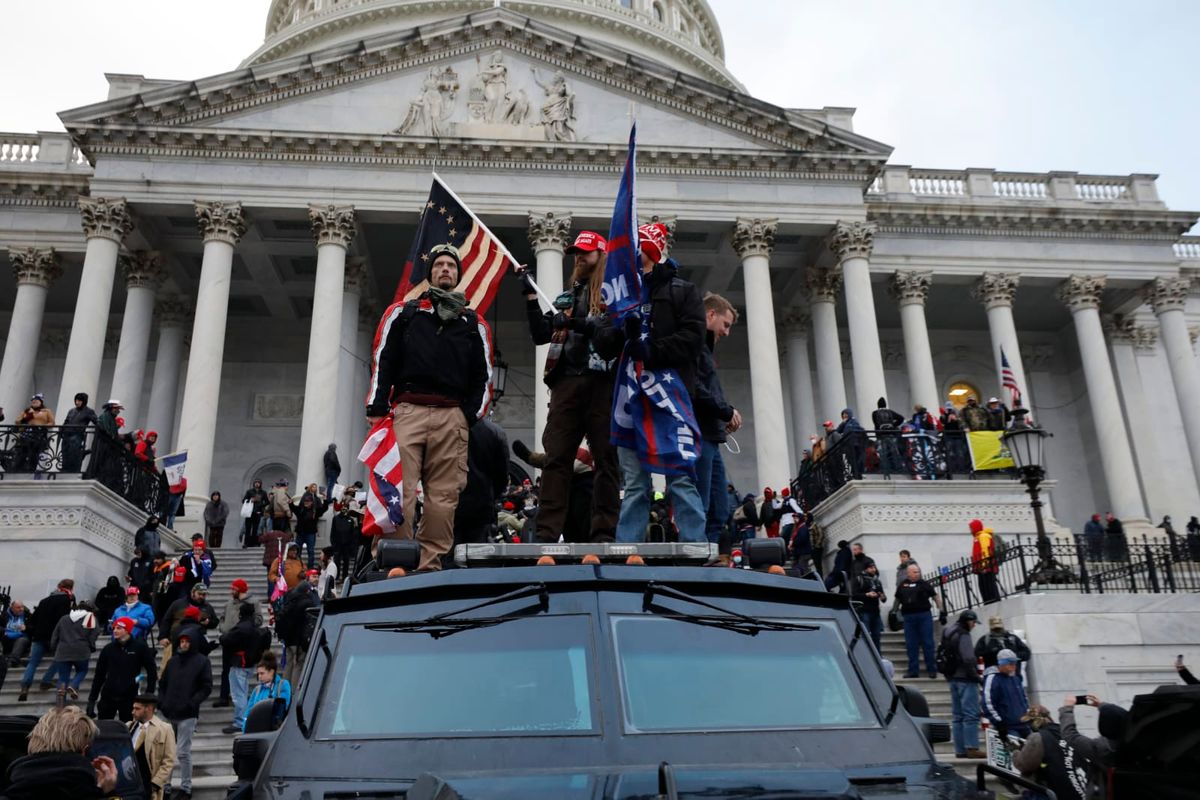 "This information, sitting in plain sight on the internet before Jan. 6, paints a clear picture of a planned and coordinated violent attack," said Sen. Sheldon Whitehouse (D-RI) in a statement. "It's important to understand how much of this the FBI and DOJ knew, when they knew it, and how they decided which pieces of information warranted action."

"You know there will be riot police preventing us from getting in the capitol building," wrote one anonymous poster in December. "What if we created a stampede/crush situation? Start pushing from the back. Surely they will have to get out of the way or get crushed. They're not going to start shooting people."

Another post from now-defunct TheDonald.win forum outlined plans to "occupy" the Capitol, "OVERWHELM THE BARRICADE AND COPS" and stop the certification vote.

"There are thousands of posts — with tens of thousands of comments — detailing plans to travel to Washington and engage in violence against the U.S. Capitol," said Daniel Jones, a former FBI analyst and Senate investigator who is now president of Advance Democracy, which gathered the material. "The ultimate end goal of this violence was, on behalf of Trump, to disrupt the Congress and overturn the presidential election."

FBI counterterrorism officials have said they considered any intelligence ahead of the attacks to be "raw" and "unvetted," but some of the postings at TheDonald.win and elsewhere contained highly specific details about Capitol tunnels and other areas where lawmakers could escape if the building was breached.

"Bring handcuffs and zipties to DC," reads one post from a user named CommunismSucks. "No more tolerating 'elected' officials who hate our country. January 6th is the chance to restore this country. Barging into the Capitol through multiple entryways is the surest way to have our bases covered and apprehend these traitors."

Users posted photos of their weapons and instructions for building a gallows -- which was erected by Trump supporters -- to lynch public officials, some of whom were threatened by name by forum participants.

"Congress has a choice to make tomorrow," reads a post by the user Doejohnblowjoe. "Certify Trump [or] Get Lynched by Patriots."