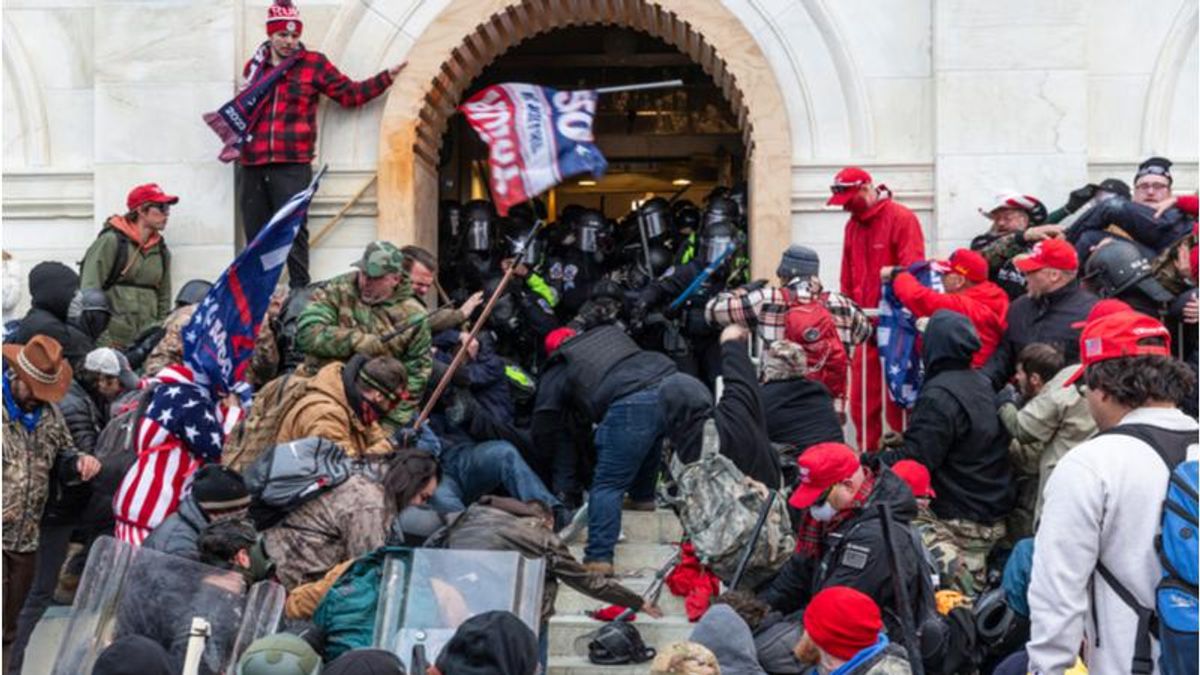 Last Thursday, the FBI arrested Federico Klein, a former State Department aide, on charges related to his participation in the storming of the U.S. Capitol on Jan. 6. His arrest was the first known instance of an appointee of former President Donald Trump being charged in connection to riot.

Prosecutors say Klein's participation in the riot "was only heightened by the fact that, at the time, he was an employee of the Department of State, with an obligation to uphold the Constitution."

"By law, federal employees are required to take an oath of office, swearing to 'support and defend the Constitution of the United States against all enemies, foreign and domestic," prosecutors wrote.

"Despite his oath to defend the Constitution, Klein demonstrated his contempt for that oath, the legitimate functions of government, and for the Constitution itself when he assaulted officers in an attempt to stop the certification of a lawful election," prosecutors continued.

Klein is charged with several felonies, including assault on police officers, interfering with police during civil disorder and obstruction of an official proceeding. He has been charged with other lesser offenses as well.