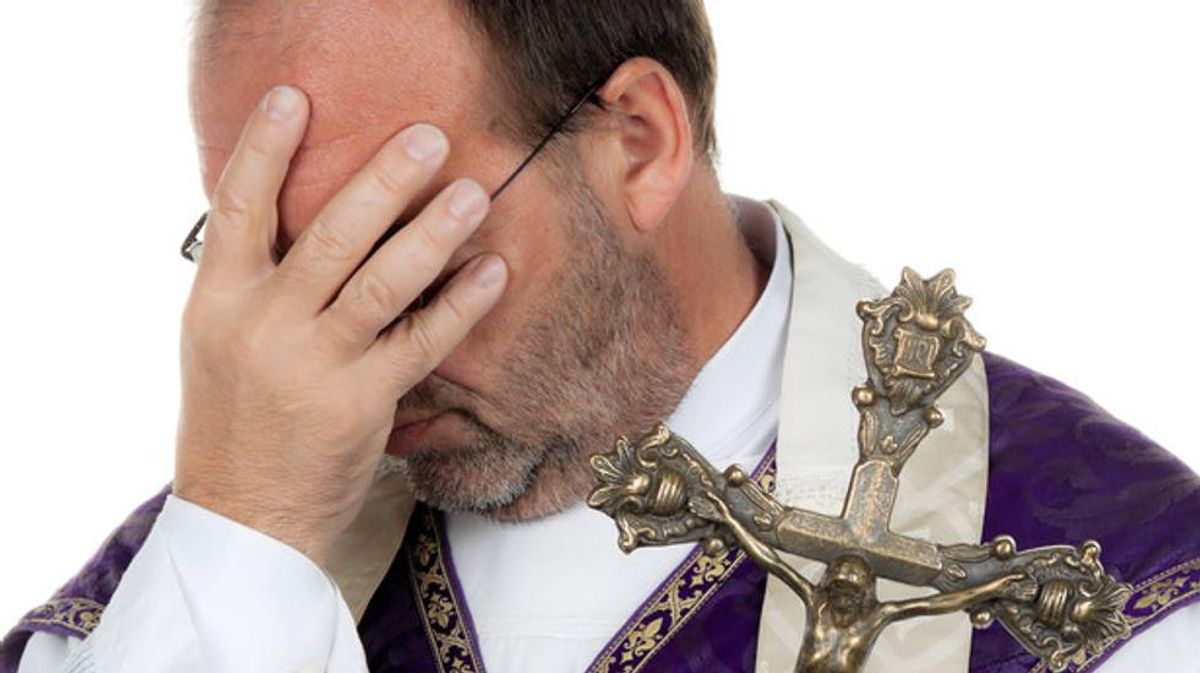 According to a report in the New York Times, the Catholic Church is reeling over reports that priests have been making use of Grindr, a popular dating app for gay hookups.

At issue is a report from The Pillar which recently made sexual misconduct allegations against Msgr. Jeffrey Burrill, who subsequently stepped down as general secretary of the U.S. bishops' conference.

The latest allegations of priests -- who take a vow of chastity -- making use of Grindr is causing a great deal of discomfort the church with the Times' Liam Stack writing the report has "...unnerved the leadership of the American Catholic Church and have introduced a potentially powerful new weapon into the culture war between supporters of Pope Francis and his conservative critics."

The reports notes that the church -- which is still reeling from a major pedophilia scandal that exploded in Boston back to 2002 --- is upset by the fact that clergy members may be breaking their vows as well as the method used to uncover their use of the app.

"If someone who has made promise of celibacy or a vow of chastity has a dating app on his or her phone, that is asking for trouble," explained Cardinal Joseph W. Tobin of Newark before adding, "I would also say that I think there are very questionable ethics around the collection of this data of people who allegedly may have broken their promises."

Regardless of how the data was collected and used by The Pillar, John Gehring, the Catholic program director at Faith in Public Life, said the church has another big scandal on their hands.

"When there is reporting out there that claims to expose activity like this in parishes around the country and also on Vatican grounds, that is a five-alarm fire for church officials, there is no doubt about it," Gehring explained.

While only Monsignor Burrill has been linked by name to the use of the app, the Times' Stack writes that questions abound about what comes next.

"The reports have raised a host of questions: How did The Pillar obtain the cellphone data? How did it analyze the data, which is commercially available in an anonymous form, to identify individual app users? How widespread is the use of dating apps among Catholic priests, and how much has The Pillar been able to learn about specific individuals?" he wrote. "In Newark, church officials instructed priests not to speak to journalists. Several who spoke, on condition of anonymity, expressed dismay at the use of cellphone data to track priests. Even lay leaders were reluctant to discuss the controversy on the record, although not many parishioners appear to be aware of it."

According to the Pillar's editors, how they get the information is less important than what their report reveals.

"Immoral and illicit sexual behavior on the part of clerics who are bound to celibacy, but also on the part of other church leaders, could lead to a broad sense of tolerance for any number or kinds of sexual sins," offered editor J.D. Flynn.

"The Pillar provided information about its findings to the Archdiocese of Newark after church officials spent several weeks asking for details, said Maria Margiotta, an archdiocese spokeswoman. She said church officials were reviewing the findings," Stack wrote, with Margiotta issuing a statement that explained in part, "It is not acceptable for any member of the clergy to use any app, social media or website in a way that is inconsistent with Church teachings and their own religious vows. We are committed to protecting the faithful, and when we learn of immoral behavior or misconduct, we immediately respond appropriately to address concerns."