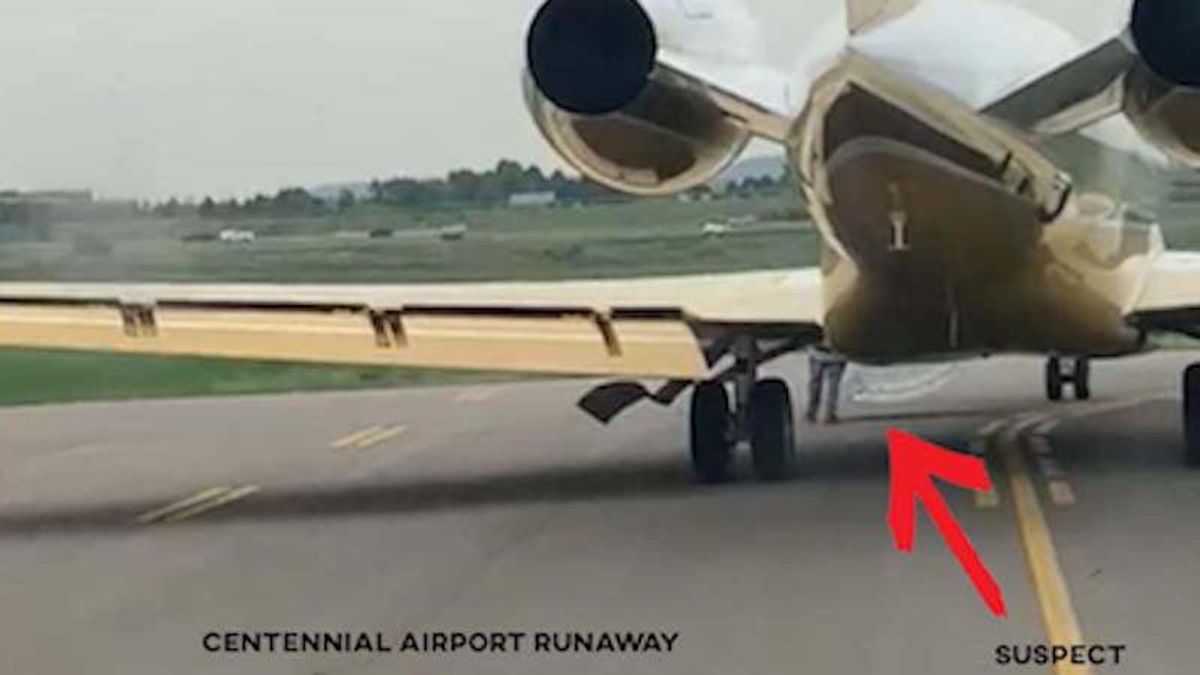 A sheriff's office in Colorado posted a hilarious response after a suspect reportedly tried to steal a plane at the local airport.

Sterlin Antonio Love, 31, was arrested Wednesday after hopping a fence at Centennial Airport in Douglas County, south of Denver, and attempting to board a Gulfstream jet that was taxiing, according to Denver's Fox affiliate. The crew of the plane reportedly shooed Love away, as a nearby police helicopter responded, in a scene that law enforcement officials compared to "Grand Theft Auto."

"Today officially begins a series that we'd like to call 'Note to Self,': the sheriff's office wrote later on Facebook, above images from the incident taken from surveillance cameras.

"This note is based on an actual incident (this week) where a suspect male breached the secure perimeter to the runway at Centennial Airport in an attempt to steal a jet and fly to Hawaii. We've all been at the point where we needed a vacation, but this took it a little far… note to self… video games are not real… stealing a jet will not go well. The suspect was arrested and is facing several attempted theft and trespassing charges."